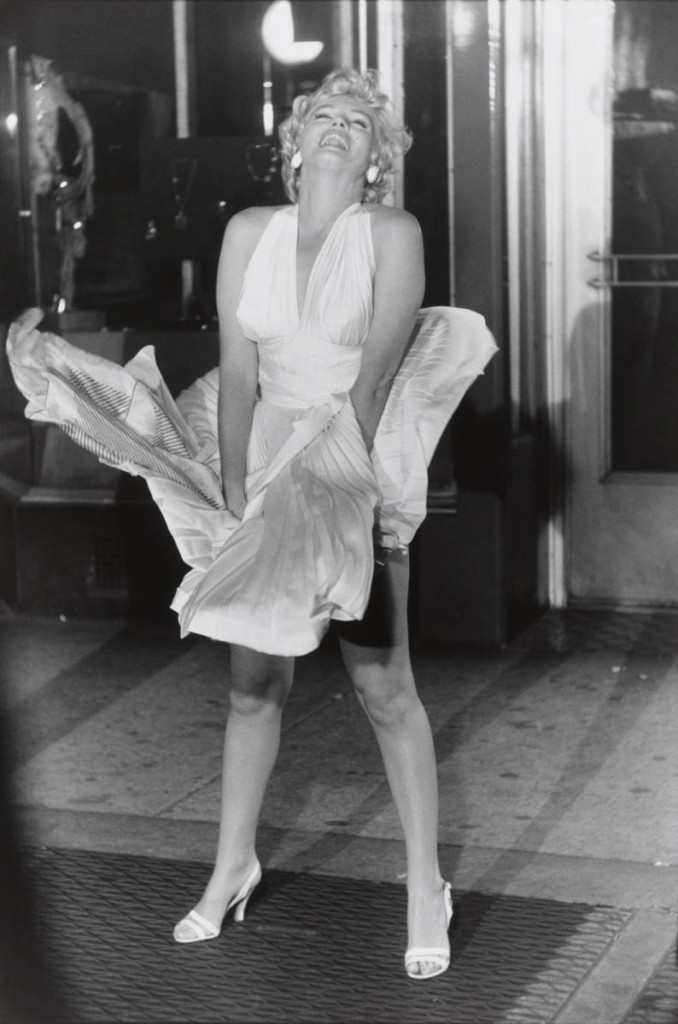 I find myself explaining a lot what Street Photography actually means and which kind of photos I try to take. There seem to be a lot of prejudices towards the term “Street Photography” on its own. Most of the time when I describe myself as a photographer on the street I get responses like “and which building is your favorite” followed by questions about my gear. Little do they know, that popular Street Photographs are part of our culture and survived many decades with many iconic street photos. Some even made it in our history books – declared as “Press Photos” – for their informative value.

Street Photography is part of our culture and below are just 10 of the most iconic Street Photos that are classic witnesses of their respective time, but nonetheless relevant and enjoyed today.

One of the most famous nannies in the world photographs a boy feeding pigeons in 1950s Chicago. Armed with her double lens Rolleiflex she wandered through the streets of Chicago capturing the raw emotions of others. Described as a loner she was able to record the unique scenes and feelings of the Chicago citizen.

The New York Street Photographer William Klein manages to capture one of the strongest facial expressions known in photographs. Standing next to him is a boy looking almost unimpressive, forming a great contrast with the very malicious looking boy with a gun. William Klein used a 35mm Lens and although the Vogue magazine declined to print this picture, it still made his way into the history books of Street Photography.

Born in Swiss, the later American Photographer Robert Frank spent years traveling through the U.S.A. picturing his own image of the American society. His famous picture of a bus depicts the segregation still intact in the 1950s in America. The facial expression of the white boy and black man are very alike, while the woman in the front almost snobbishly looks at the photographer.

Photojournalism and Street Photography are very interconnected genres and the picture above shot by Eddie Adams shows a life fading away during an execution in Saigon. His image became one of the most published during the Vietnam War, granting him the Pulitzer Prize in 1969. It shows the Chief of National Police of South Vietnam executing a Viet Cong Captain who allegedly manslaughter the former’s family before.

Seldom has an intercom blocking a face looked so good like in Joel Meyerowitz’s picture taken in 1963 in a New York theater. The vendor becomes an anonym person without a face only looking for money. From today’s standpoint, it might not be the most innovative, because it has been copied a lot. But it shows what a strong impression it made when today’s Street Photographers still copy a more than 50-year-old picture.

Often copied but never equaled. The most famous picture of Marilyn Monroe was actually taken by the Street Photographer Garry Winogrand.  During the promotion of her new movie Seven Year Itch, Garry Winogrand snapped this “accident” that still makes people’s heads spin.

In the summer of ’62, Diane Arbus took a series of photos of a boy playing with his hand grenade. The child named Colin Wood later explained his unique pose in his own words:

“She catches me in a moment of exasperation. It’s true, I was exasperated. My parents had divorced and there was a general feeling of loneliness, a sense of being abandoned. I was just exploding. She saw that and it’s like . . . commiseration. She captured the loneliness of everyone. It’s all people who want to connect but don’t know how to connect. And I think that’s how she felt about herself. She felt damaged and she hoped that by wallowing in that feeling, through photography, she could transcend herself.”

Famous for his very close range, Bruce Gilden puts the observer always in the middle of the action. His style is also one of the more polarising, but also expressive and wild. He always felt more drawn to the “outsider” and low-key people because he senses a deep connection, putting these characters in the spotlight.

Of Course, the grand-master of Street Photography Henri-Cartier Bresson can’t be missed on this list. Although there are a lot of allegations that the picture above is staged, it still is visually a template for composition. The geometry through leading lines puts the cyclist in focus and the slight blur due to the slow shutter speed puts an emphasize on the motion.

The “Victory Day over Japan” was photographed by Alfred Eisenstaedt on the New York Times Square in 1945. He describes the creation of this photo as followed:

“In Times Square on V.J. Day, I saw a sailor running along the street grabbing every girl in sight. Whether she was a grandmother, stout, thin, old, didn’t make any difference. I was running ahead of him with my Leica looking back over my shoulder. But none of the pictures that were possible pleased me. Then suddenly, in a flash, I saw something white being grabbed. I turned around and clicked the moment the sailor kissed the nurse. If she had been dressed in a dark dress I would never have taken the picture. If the sailor had worn a white uniform, the same. I took exactly four pictures. It was done within a few seconds.”