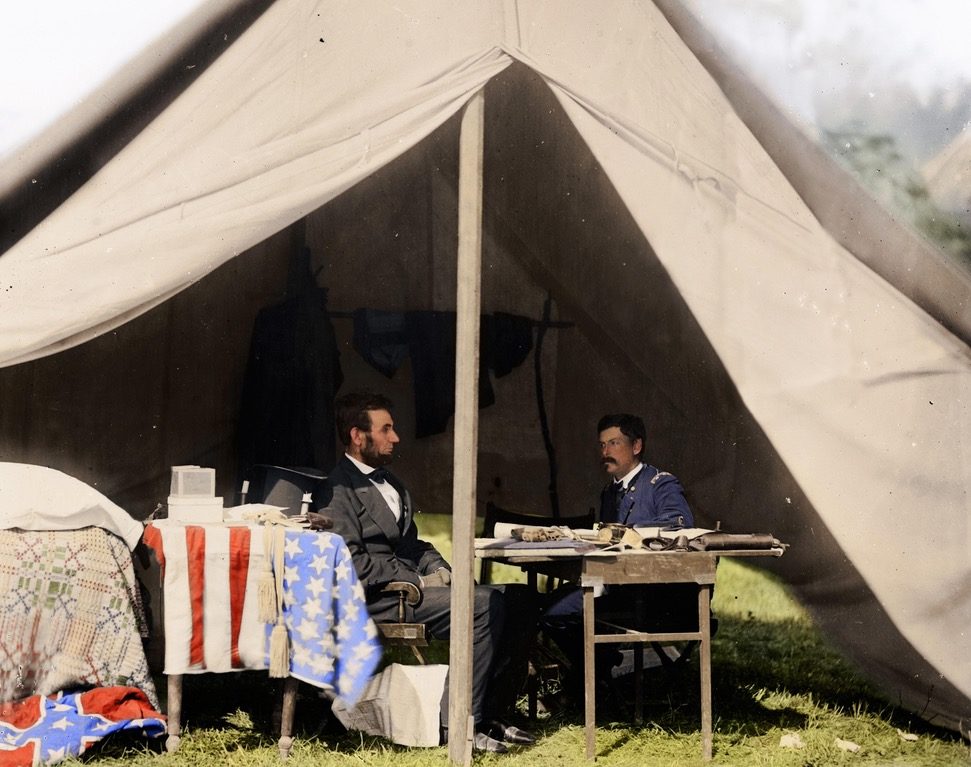 Since the technological advancement of color film, photographers had to choose which side they join. The dark and contrast-rich black & white film or the more jovial color film that presents the full spectrum of reality. Nowadays, with digital sensors, we don’t have to make the decision beforehand and can create both versions of any image. Nonetheless, for whichever style you go for has its positive and negative aspects. In the following article, I want to present the differences between black&white and color Street Photography.

Due to technical limitations, the photographers in the beginning era of photography hadn’t the freedom of choice. They were forced to go for black & white film and only since the 1970s color film became more popular than its counterpart, although it became available first in the 1950s. Even though photographers were only able to go for black & white film, that didn’t mean that every photo had the same appeal. Through different film and development methods, photographers had the tools to influence their one style even without photoshop. They were able to create unique footprint within this limited range of possibilities.

In the 1970s color film became the first choice in terms of common photographs. Street Photography has always been a special genre where both styles are almost equally represented with b&w having a slight edge. Joel Meyerowitz has been cited as one of the early adopters that chose color as his choice of film. Since then, color became more popular amongst Street Photographers but couldn’t overcome the classic look of black & white.

Personally, black & white has been my favorite since I started with Street Photography. It didn’t feel that I made the clear choice to go for b&w rather, that going for color would be an “unnatural” decision for Street Photography.

All the books and images that I studied, before going out to shoot myself were in monochrome and it is only comprehensible to go for the same style than the ones we admire.

With the range only being able to represent light and darkness it becomes easier to put an emphasis on the contrast of shadows and sunlight. The light becomes a subject itself when nothing else of interest might be near you. In post-processing, you are able to edit your image even further to create a dark mysterious atmosphere, when decreasing the exposure, or you can very easily increase the exposure to show more details.

Adding in some noise you are able to create the very classic look. That, by the way, was also one of the reasons I went for Black&White right away. Especially with cheap cameras under bad lighting situations that create a lot of noise, the color looks kind of “wrong” and messed up with all the sensor grain coming from a high ISO. Our eye is more accustomed to seeing this kind of grain in monochrome pictures since old film naturally looked more gritty.

One of the key advantages of Black & White is the reduction on the essential elements of the image. While a lot of different colors can be quite overwhelming, monochrome helps to prioritize the key elements that we want to show. This also means that it is easier to focus on the story of a photo and the viewer is less distracted or “confused”.

Since Street Photography is often seen as the documentation of life and telling stories of humanity, this can be seen as the main reason why black&white is still dominant in this genre. With monochrome, it is easier to put an emphasize on the content, rather than the general “look” of an image.

Street in Black&White has always a classic touch, but also seems more far away and disconnected from current reality.

Although black&white might be still the favorite choice of most Street Photographers, color became recently more popular with a very distinct style that is similar to its colorless counterpart. A lot of high contrast scenes where light plays a major role and was historically shot in black&white have been successfully transferred to the colorful world. Darkness and shadows have been crossed with bright red color that creates a contrast in its own way.

Adding it all together

Color Photography has always been more lifelike and feels more like taken out of reality. In the end, we see in color and black & white pictures always feel a little bit distant, no matter if they are contemporary or historic images from the 1900s.

See these two pictures of Abraham Lincoln for reference. 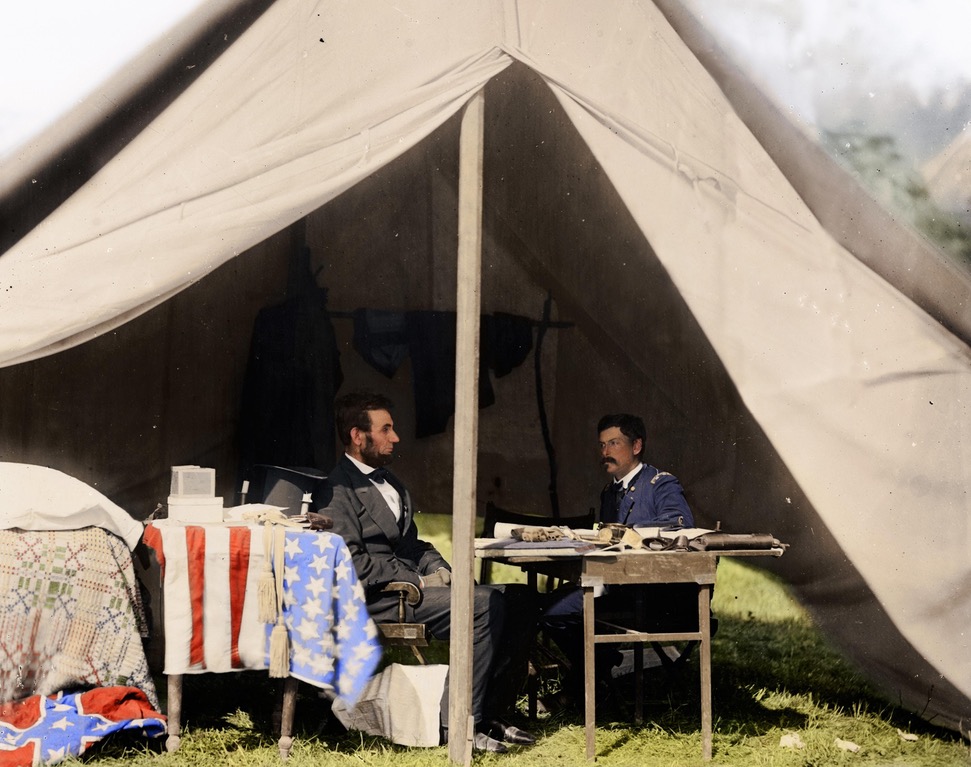 For this reason, I feel that color photos will be getting more attention in the future because it shows more easily how society looked like at different times. Color plays a huge role when comparing different time spans. Through variations of colors in design or fashion society represent different attitudes towards life.

Although color photography might be on the advance, it requires a completely different awareness of the surroundings. In Black&White photography we only need to pay attention to the right light and the variations in brightness. Simplistically expressed, in monochrome, there are only different shades of brightness or darkness, but nothing adding a completely different dimension. On the other hand, color photography offers not only the dimension from bright to dark, but also adds the complete chart of color that have to fit in the picture without being too “random”.

When doing color photography the color becomes a conscious part of the composition which makes it a lot harder than monochrome photography at first hand. Small little details in the background can completely destroy a photo because they draw all the attention away from the actual subject.

See also Yves Vernin’s opinion on why he prefers Color over monochrome:

Why I shoot in color since three years? Of course because we see in color and the life would be sad in black and white, even with some grey shades. 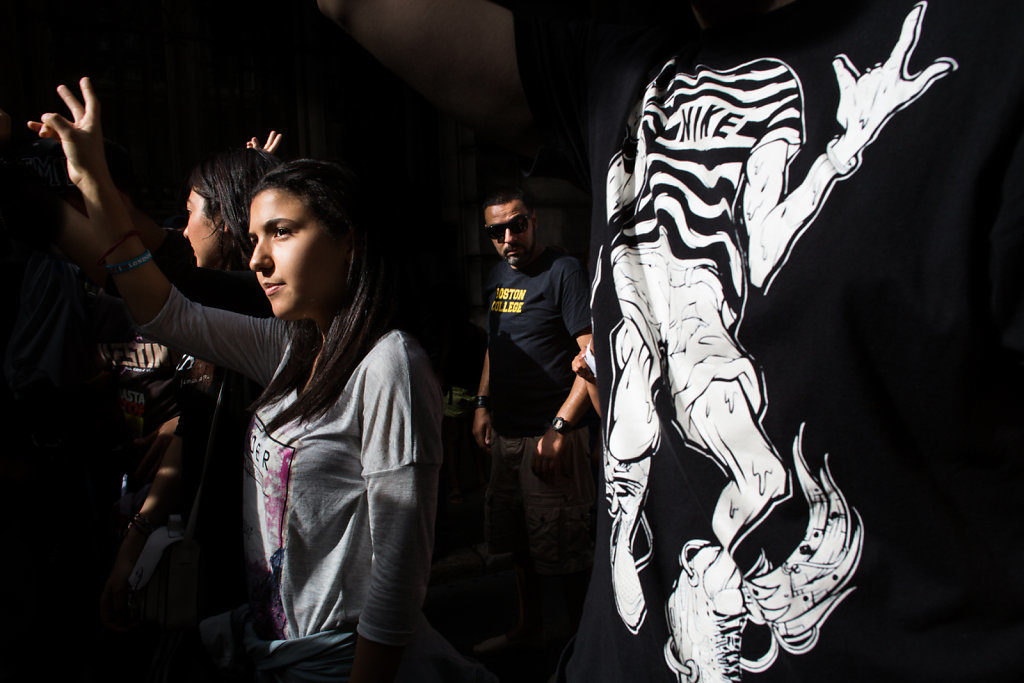 But when we work in black and white, we can not only create our vision by a personal post-production but we focus on the faces and their expressions.
I like to shoot in color because it’s more difficult, more stimulating, but I focus on the appearance, not on the essence. The clothes are often more important that the faces. 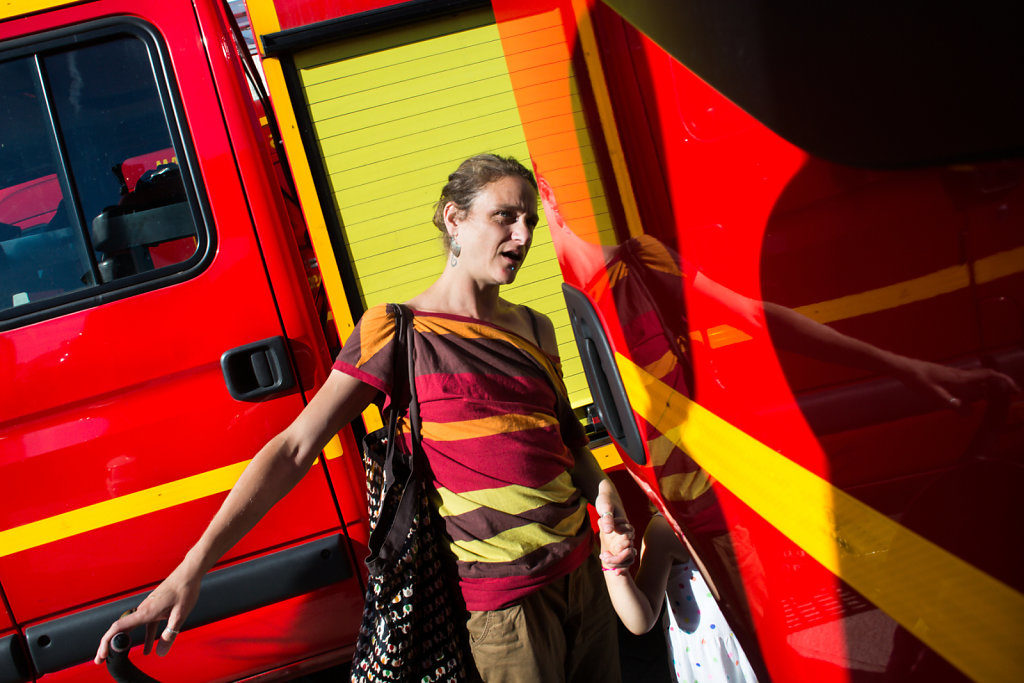 Using Black & White as a band-aid

While I personally believe that black & white in terms of composition and content is a little more forgiving and allows more room for errors that are able to be edited in post-production, it is not a magic bullet to cure color pictures that went wrong. A picture that doesn’t work in color doesn’t suddenly become a star in black & white.

A widespread misconception is that if a picture doesn’t work in color to just try it in black & white. That doesn’t work because they have both their own characteristic that requires different approaches.

With the freedom of modern digital cameras, we can spontaneously decide if we like the monochrome or colorful version better. In theory that could mean that we would just take pictures like it didn’t matter and choose the better version after reviewing them. In reality that doesn’t work very well. Since both versions are so entirely different it becomes beneficial to make clear if you go for color or b&w pictures, just like in the old days when you had to decide which roll of film you choose.

When going for Black & White you probably want to pay more attention to light and shadows and the general contrast of a scene, while in color photography, distracting colors have to be taken care of.

After theorizing about the differences of both styles I guess it’s easier to underline these points with some positive examples. 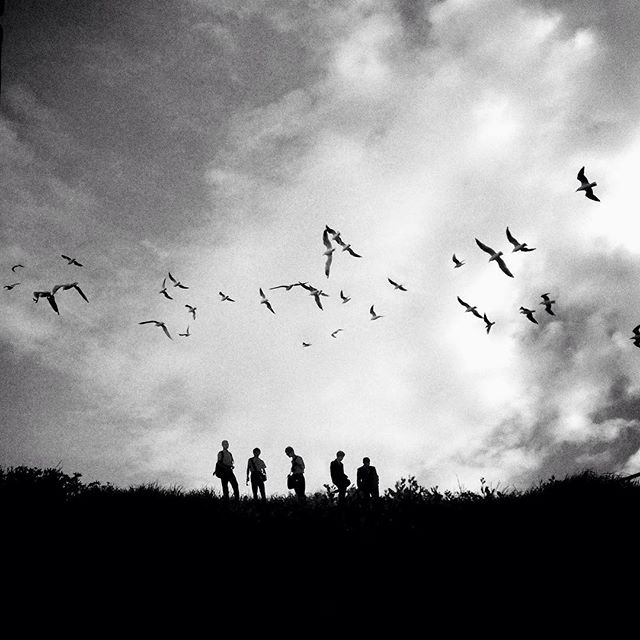 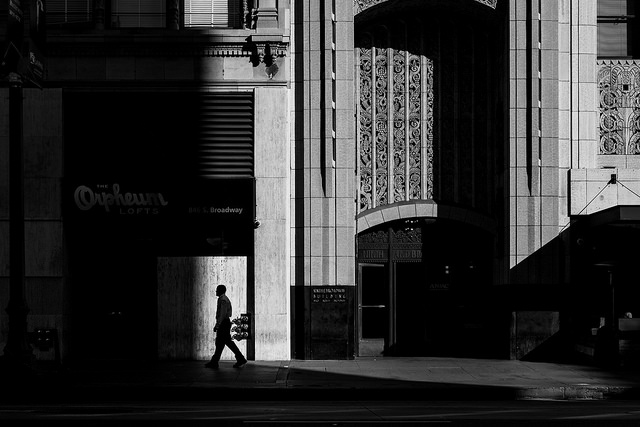 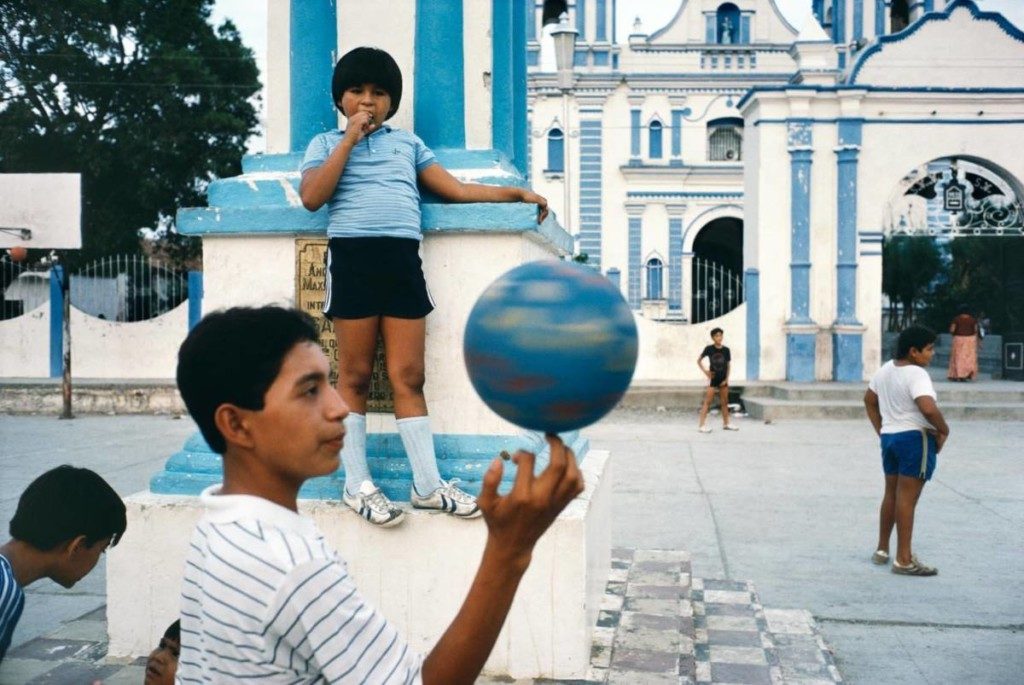 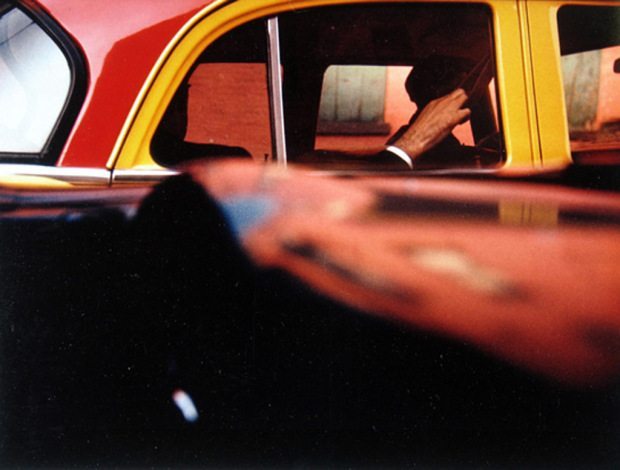 Street Photography doesn’t have to be in black & white. Even though there are some reactionists advocating that monochrome is the only true form of Photography, these statements hold no value. Color Photography has gained wide recognition in the past decades and has been getting more popular in Street Photography as well.

Nonetheless, I would orient on the classic way of photographing, meaning that you should think beforehand if you want to take images in color or monochrome. Each discipline requires you to look for different details and your mind has to be prepared for it.

Black & White is more suitable to reduce pictures to its content or to put an emphasis on the high contrast between light and shadow. On the contrary, images in color appear to be more lifelike and present an additional dimension to the beauty of life.

Choose whichever path you want to follow and stay open-minded for different styles to refresh your own inspiration. 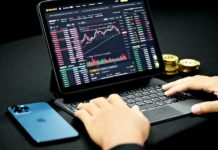 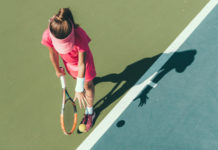 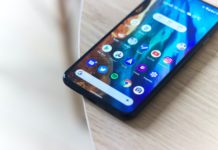 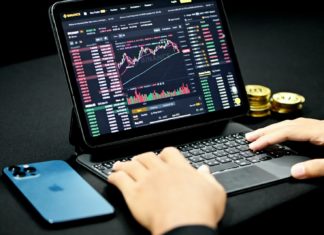 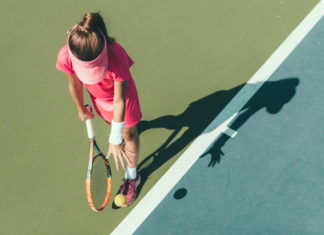 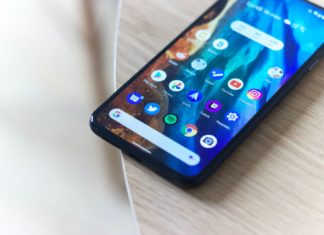