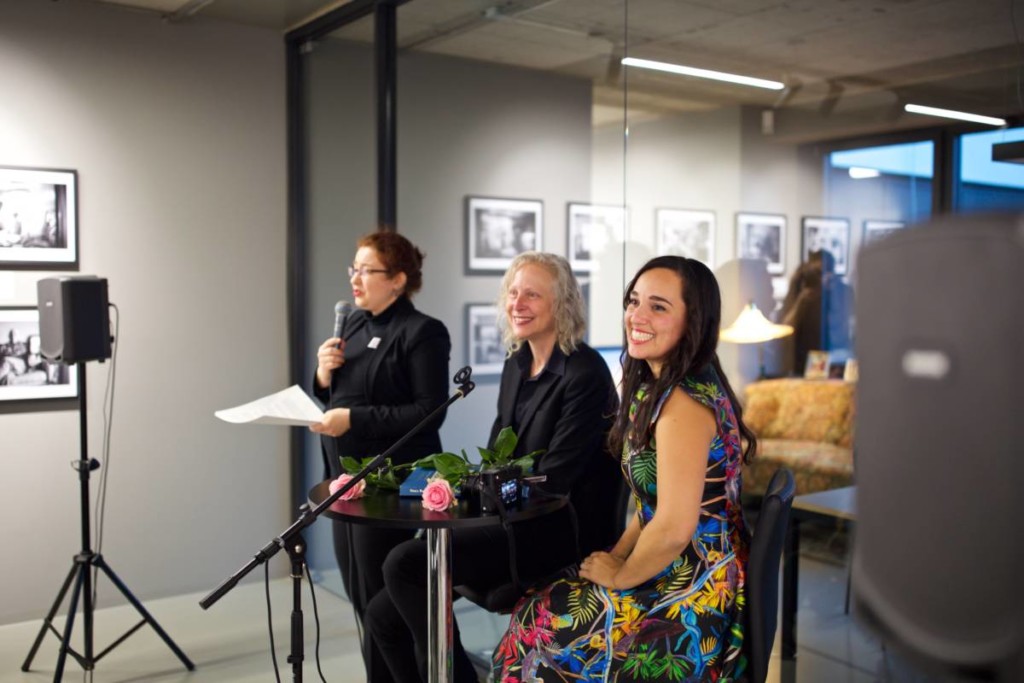 Almost simultaneously Howie and Laurel Borowick are diagnosed with incurable forms of cancer. Nancy Borowick, their daughter, decided to photograph their mutual final journey. From desperation to moments of laughter to countless hours of treatments, Howie and Laurel never lose their joy in life. 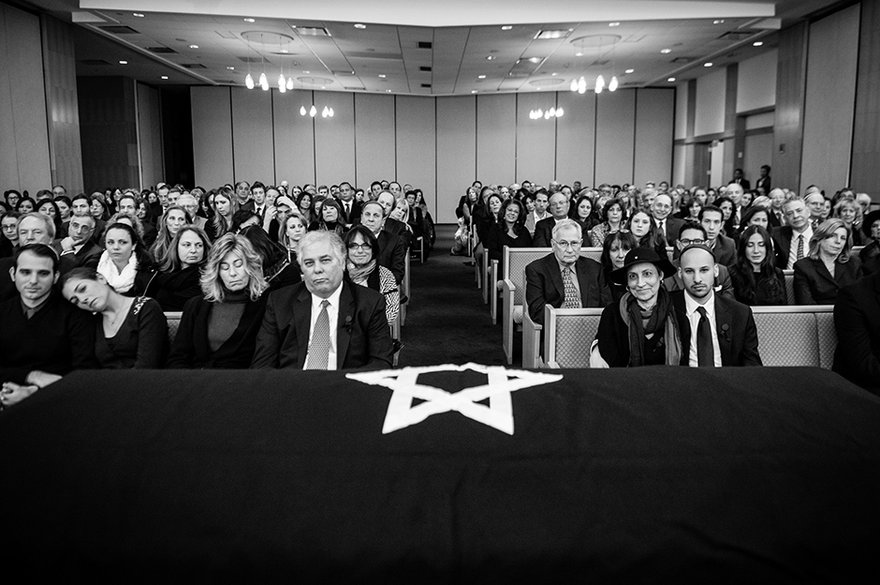 A Life in Death is more than a simple depiction of illness, struggle, and death. What could have been a throughout the negative experience, offers more about the joy of life than most other “positive” series. Even during their final days Howie and Laurel were bonded in a unique way. 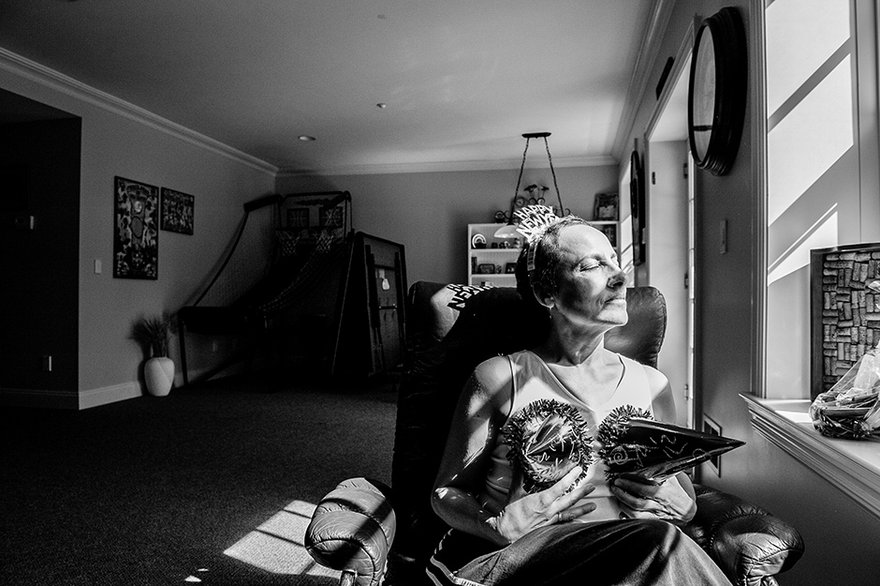 Laurel and Howie Borowick lived out the final year of their 34-year-long marriage fighting cancer together. Laurel had been diagnosed with breast cancer some 17 years earlier, Howie was told he had terminal pancreatic cancer in December 2012. They chose to spend their last months creating new memories, rather than becoming preoccupied with their troubles. Their family used the time they all had left together to the fullest. Howie died on 7 December 2013, a year and a day after his cancer was discovered. After that, Laurel’s cancer worsened and she passed away on 6 December 2014. 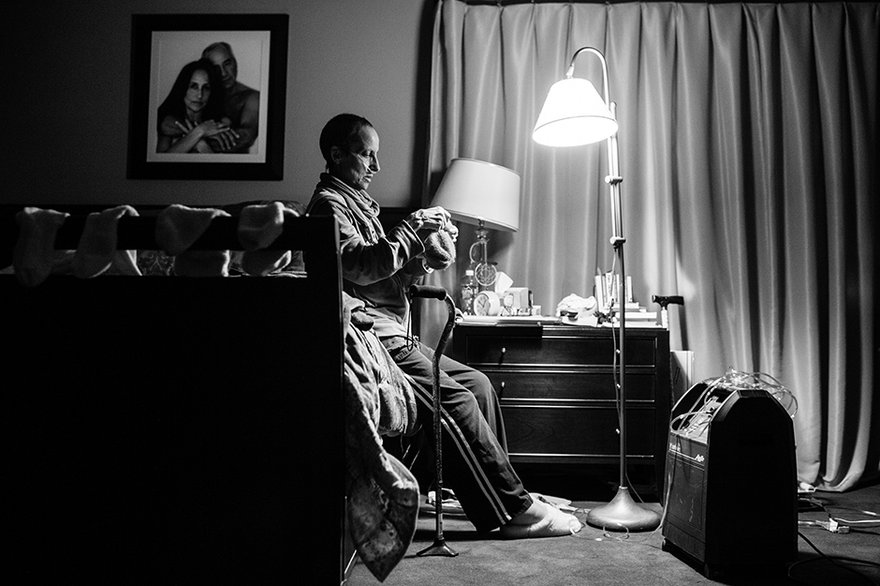 The photographer is Laurel and Howie’s daughter. She chose to document her parents’ final chapters in order to hold on to their memory and to capture their essence and strength in a trying time. She wanted to focus on their love, both individually and for each other. She says that everyone wants to find purpose in their lives and that Laurel and Howie’s final purpose was found at this moment, in the gift they gave her of allowing her to tell their story. This is their legacy.

The photo series is currently exhibited in the newly created location of the Freiraum Für Fotografie in Berlin. On April 6th Nancy Borowick visited Berlin to celebrate the opening of her exhibition.

I recommend the exhibition to everyone visiting Berlin and have a first hand look the numerous images that show the life and death of a married couple going through the same difficult experiences.

The exhibition’s opening hours are from Tuesday to Sunday 1 pm to 7 pm and closes on 31st of May. 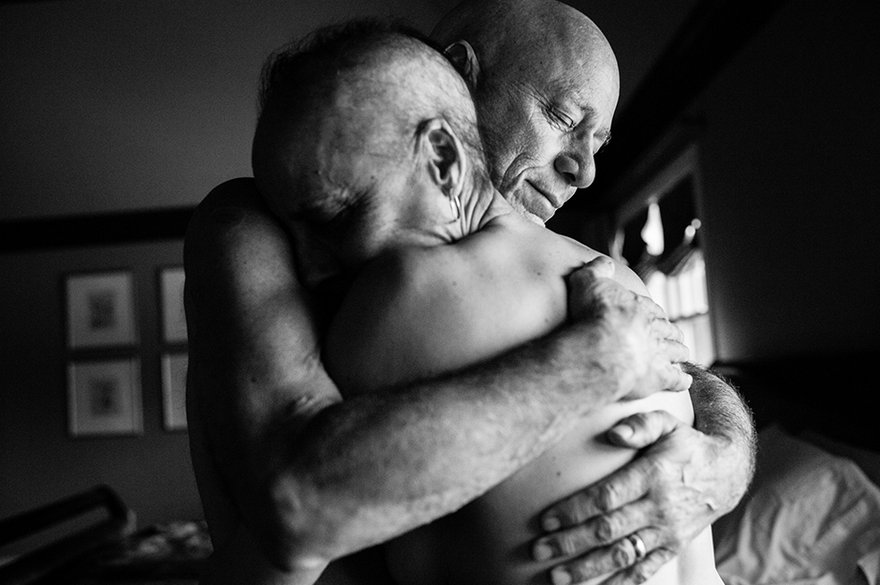 Nancy Borowick (b. 1985) is a humanitarian photographer currently based on the island of Guam. She is a graduate of the Documentary Photography and Photojournalism program at the International Center of Photography and holds a degree in Anthropology and Photography from Union College.

Over the last 10 years Nancy narrowed the focus of her work, telling stories of illness and personal relationships, using compassion, humility, and trust as tools to connect with and explore the lives of her subjects. Nancy’s most recent focus has been her parents’ battles with cancer.

She is a regular contributor to the New York Times and has also been featured in the International Herald Tribune, the New York Times Lens Blog, CNN, National Geographic PROOF, Time Magazine, Photo District News, the Washington Post, Stern Magazine, and Newsweek Japan. In February of 2016 she was awarded 2nd prize in the Long Term Projects category in World Press Photo and was recently awarded the Arnold Newman Prize in New Directions in Photographic Portraiture, the Eddie Adams Workshop Award in Innovation in Visual Storytelling, and Honorable Mention in the NPPA Best of Photojournalism competition in the Contemporary Issues Story category. In 2014, Borowick was named one the Best of ASMP featured photographers as well as one of Lens Culture’s Top 50 Emerging Talents.

About “The Family Imprint”

When American photojournalist Nancy Borowick’s (born 1985) parents Howie and Laurel were diagnosed with stage-four cancer and underwent simultaneous treatment, she did the only thing she knew how to do: she documented it. By turning the camera on her family’s life during this most intimate time, Borowick learned a great deal about herself, family and relationships in general. Borowick’s father died in 2013, and her mother followed 364 days later. The lessons she garnered from Howie and Laurel were plentiful: always call when the airplane lands, never pass on blueberry pie, and most importantly, family is love and love is family.
“Though it is nothing she would have wished for, in a relatively short time Nancy Borowick became an expert in photographing death.” ―The New York Times

Reviews of The Family Imprint

Nancy Borowick bravely documents this deeply personal story of her parents’ passion for life in the face of death. As both are diagnosed with stage 4 cancer, Nancy captures times of joy with family and friends and her parents’ love for each other through to the end of their lives. This fearless portrayal serves to remind us that each breath is a gift and begs that we all remember to live our lives to the fullest. (Kelli R. Grant Yahoo! News)

“The Family Imprint,” the book based on Nancy Borowick’s photography essay “Cancer Family Ongoing,” is one of the most poignant personal stories I’ve seen. Borowick’s personal moments with her family tell a story of hope, love of family and heartbreaking loss. It’s clear that she photographed in part to deal with the pain of her reality, and that level of intimacy allows viewers to deal with their own painful realities through her experiences. Yet, her personal optimism is seen through humorous and touching moments. I’ve cried alongside countless others who see these pictures; I’ve smiled looking through these pictures. The depth of these images make them instantly relatable, regardless of personal experiences. (Elizabeth Johnson CNN)