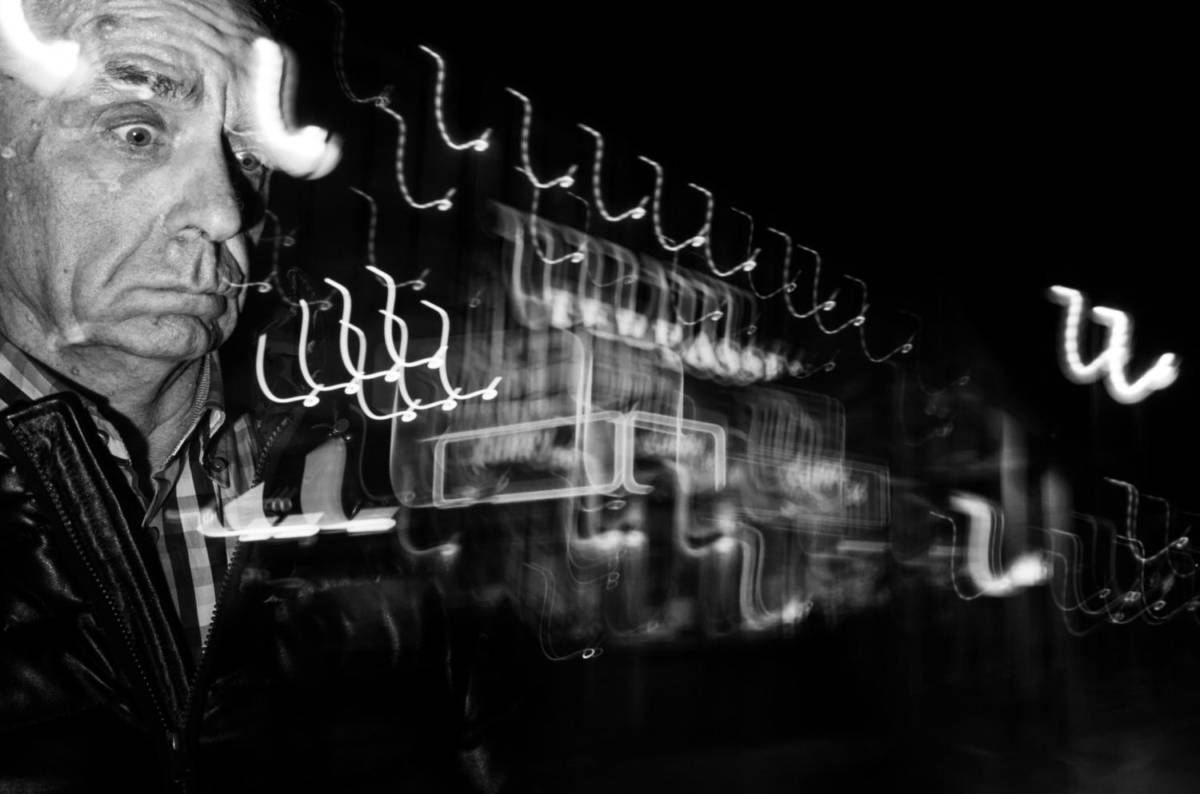 There are a lot of unwritten rules in Street Photography and phrases that have been repeated unlimited times. Some even to the extent that they lost their original meaning or that it isn’t clear why the Street Photography quotes can be seen as a useful guideline. Hence I give a personal view of the quotes and what we can actually do to follow them accordingly to their original intention.

“If you can smell the street by looking at the photo, it’s a street photograph”

An abstract way of saying that a photo should appeal to more senses than just the visual one. If you as a viewer can fully immerse in a picture and start to experience being alive on the scene, this picture is successful. Good Street Photos stimulate the viewer’s imagination making it possible to live through different times and places. If you are only able to absorb the visuals without the complete atmosphere, a picture is very flat and one dimensional.

“You don’t take a photograph, you make it”

It can be very tempting in Street Photography to quickly see a beautiful scene, snap it and immediately leave it. Remember that there is no second chance in this genre. There is no way of getting a photograph like that again. Instead of just taking a quick snapshot without any thinking beforehand, you should try to have an idea how the picture should look before every shutter click. Without the right idea in your mind, you will never be able to take pictures the way you want it, but get a basket of random pictures, which might have one or two items that you like, but are more the result of random chance than conscious street photography. “If your pictures aren’t good enough, you aren’t close enough”

One of the most famous quotes by Documentary Photographer Robert Capa who focused on war coverages. There are two ways of interpreting his statement. The literal way that forces you to move your feet and get physically closer to the subject and figuratively which means to be more emotionally involved on the scene and not a far away spectator.

Most pictures by beginning Street Photographers include the error, that they are taken from a greater distance without a clear focus. This has many reasons correlated with strong self-doubts as a new Street Photographer. For example, one might think that a single small scene isn’t good enough and therefore include many different people and groups, maybe places and building to improve the picture.

Getting closer to a subject especially in an open place makes it easier to include less space of a distracting background and give the subject more room to fill in the frame. From a compositional point of view, this is one of the easiest, but yet very powerful tip to improve a picture.

Depending if you are an optimistic or pessimistic person this quote by Henri Cartier-Bresson could either drag you down or let you look positively into the future. If you are still within your first 10.000 shutter clicks this doesn’t mean that every picture is for the trash can or not worth presenting, but that the next 10.000 pictures that follow will be better.

This is an easy statement, that is often underestimated in Street Photography because on first sight it is easy to learn, but on second glance very hard to master. Nobody would doubt that a musician will be better after practicing for 10.000 hours than after 5.000. Yet in Photography there a lot of people thinking they created masterpiece after masterpiece after practicing for a week. No one is born a master and Photography is a very hard field because it is doesn’t offer an easy overview of one’s proficiency level.

In hindsight, Bresson’s statement becomes very obvious although it can be very demotivational at first. We are constantly improving and the next 10.000 pictures will hopefully better than the preceding photos. Also don’t take the 10.000 rule literally, thinking that after a certain amount of photos something suddenly happens. Work on making the next picture better than the previous ones and you will see an improvement in results gradually.

A beautiful quote to end all the gear talk. Okay, a well working makes photographing more fun, but your most powerful tool is you. Your imagination, what you see, listen to and ultimately create a picture is what matters most and makes your vision unique. Don’t nebulize your senses with a senseless “gear-acquisition-syndrome” but focus on what you truly want to express through your art.

This quote reminds me of another saying:

“I photograph to find out what something will look like photographed” by Garry Winogrand.

When we are taking pictures we can not for certain say how they will turn out. Although this is more specific for analog photography and film development, since there were a lot of external factors that influenced the final look, it is also true for digital photography.

The way our eye and the digital sensor work is not exactly the same, especially when working in high contrast situations. The camera is able to distort reality and express it its own way. From a technical point of view but also from the emotional side.

A close-up portrait lets us connect with an unknown stranger and in reality, the person might look very different. There is no true objective reality as there is no objective depiction of a person or a street scene. In the end, the photographer always influences how the picture will look like and sometimes it is even surprising to him.

If somebody would ask me for the top reason why I do Street Photography it would be related to the quote above. Telling a story is the most powerful expression of an image, evoking emotions and leaving an impression behind.

When you are not sure what to do with your camera today remember this quote. Photograph what is important to you, preserve these memories and make them accessible to future generations. In the end, your collection of photos could be your personal memoirs that reflect your life.

“The guy who takes a chance, who walks the line between the known and unknown, who is unafraid of failure, will succeed”

Street Photography is about taking risks and overcoming your fear. Without leaving your comfort zone it will be difficult for you to move on the street in a self-secure manner, as there is also no other way of improving other than opening yourself up for an honest critique.

This process is accompanied by setbacks and failures. Not giving up, always working hard for your goal and coming back stronger after each negative experience will be your formula for success in Street Photography and life.