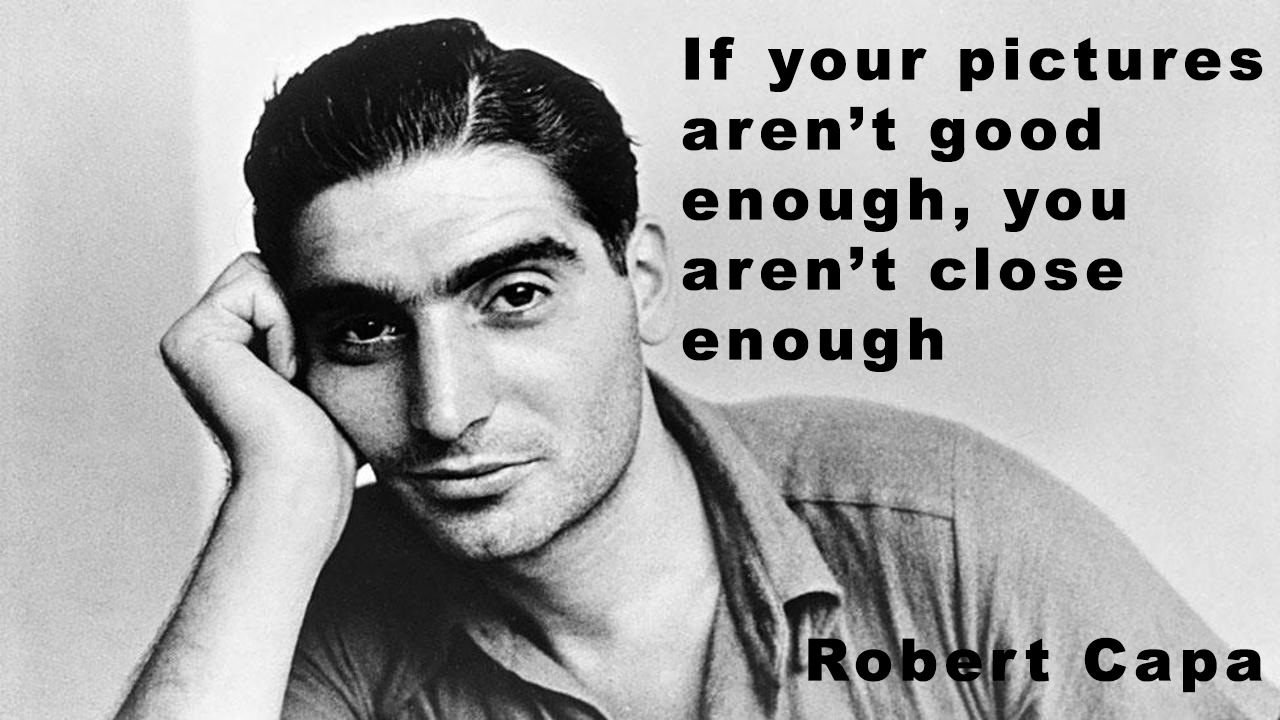 Are You stuck in a rut and want to re-fuel Your inspiration, or are You simply interested in the mindset of some of most famous Street Photographers? Then this collection of Street Photography Quotes might inspire You to give Your best on the next photo walk.

A lot of the popular Street Photography Quotes have lost their original meanings over time. They are often not meant to be taken literally, but also figuratively.

Let’s take the opening quote of Capa for example.

Of course, the primary meaning is to get closer to Your subjects. This is beneficial in Street Photography in many ways.

You are reducing the chaos in the frame, erasing unnecessary elements near the edges, by narrowing down the frame. It becomes easier to understand what the focus of the photograph is and therefore the story becomes more understandable.

The quotes are not inspirational, but sometimes educational when You think about them.

The next time You feel a little uninspired or need some motivation, look at Your personal list of quotes to give You some extra push.

The Collection of Street Photography Quotes

1My photography is a reflection, which comes to life in action and leads to meditation. Spontaneity – the suspended moment – intervenes during action, in the viewfinder. – Abbas

2There are no bad pictures; that’s just how your face looks sometimes. – Abraham Lincoln

3I fell in love with taking pictures, with wandering around finding things. To me, it feels like a kind of performance. The picture is a document of that performance. – Alec Soth

4Anyone can shoot chaos. But the most perceptive photographers can make compelling pictures out of uninteresting moments. – Alex Tehrani

5I only know how to approach a place by walking. For what does a street photographer do but walk and watch and wait and talk, and then watch and wait some more, trying to remain confident that the unexpected, the unknown, or the secret heat of the known awaits just around the corner. – Alex Webb

7Photography is a reality so subtle that it becomes more real than reality. – Alfred Stieglitz

8Photograph: a picture painted by the sun without instruction in art. – Ambrose Bierce

9Seeing is not enough; you have to feel what you photograph. – Andre Kertesz

10The best thing about a picture is that it never changes, even when the people in it do. – Andy Warhol

11A thing that you see in my pictures is that I was not afraid to fall in love with these people. – Annie Leibovitz

12Twelve significant photographs in any one year is a good crop. – Ansel Adams

13It’s not how a photographer looks at the world that is important. It’s their intimate relations up with it. – Antoine D’Agata

14A photograph can be an instant of life captured for eternity that will never cease looking back at you. – Brigitte Bardot

15Photography is the only language that can be understood anywhere in the world. – Bruno Barbey

16Allow yourself the freedom to step away from perfection because it is only then that you can find success. – Chase Jarvis

19When I use the camera, I often feel like I know part of the people or places I come in contact with. – Christophe Agou

20Emotion or feeling is really the only thing about pictures I find interesting. Beyond that is is just a trick. – Christopher Anderson

21Everything has beauty, but not everyone sees it. – Confucius

22Photography has the capacity to provide images of man and his environment that are both works of art and moments in history. – Cornell Capa

26I’ve finally figured out what’s wrong with photography. It’s a one-eyed man looking through a little ‘ole. Now, how much reality can there be in that? – David Hockney

27Taking pictures is like tiptoeing into the kitchen late at night and stealing Oreo cookies. – Diane Arbus

28I only use a camera like I use a toothbrush. It does the job. – Don McCullin

29The camera is an instrument that teaches people how to see without a camera. – Dorothea Lange

30All the technique in the world doesn’t compensate for the inability to notice. – Elliott Erwitt

31For me, pictures provide a means of holding, intensely, a moment of communication between one human and another. – Emment Gowin

33A good snapshot keeps a moment from running away. – Eudora Welty

34If a photographer cares about the people before the lens and is compassionate, much is given. It is the photographer, not the camera, that is the instrument. – Eve Arnold

35I have always been very interested in photography. I have looked at far more photographs than I have paintings. Because their reality is stronger than reality itself. – Francis Bacon

36I photograph to find out what something will look like photographed. – Garry Winogrand

37Everything you’ve ever wanted is on the other side of fear. – George Addair

38A photographer is like a cod, which produces a million eggs in order that one may reach maturity. – George Bernard Shaw

39Light makes photography. Embrace light. Admire it. Love it. But above all, know light. Know it for all you are worth, and you will know the key to photography. – George Eastman

41I don’t care so much anymore about ‘good photography’; I am gathering evidence for history. – Gilles Peress

42The subject matter is so much more important than the photographer. – Gordon Parks

43A photographer is an acrobat treading the high wire of chance, trying to capture shooting stars. – Guy Le Querrec

45Since I’m inarticulate, I express myself with images. – Helen Levitt

47Your first 10,000 photographs are your worst. – Henri Cartier-Bresson

48To take pictures had become a necessity and I did not want to forgo it for anything. – Inge Morath

49A good photograph is one that communicates a fact, touches the heart and leaves the viewer a changed person for having seen it. It is, in a word, effective. – Irving Penn

50If you are out there shooting, things will happen for you. If you’re not out there, you’ll only hear about it. – Jay Maisel

52You fill up the frame with feelings, energy, discovery, and risk, and leave room enough for someone else to get in there. – Joel Meyerowitz

53What makes photography a strange invention is that its primary raw materials are light and time. – John Berger

54I have a very good memory, but it’s short. Thank god for photography. – John E. Burkowski

55Photography cannot do much. It provides some level of information, yet it has no pretensions about changing the world. – John Vink

56What I like about photographs is that they capture a moment that’s gone forever, impossible to reproduce. – Karl Lagerfeld

57Ultimately photography is about who you are. It’s the truth in relation to yourself. And seeking truth becomes a habit. – Leonard Freed

58Photography is my one recreation and I think it should be done well. – Lewis Carroll

59I believe in equality for everyone, except reporters and photographers. – Mahatma Gandhi

60In the same spirit, when the automobile arrived, there were those that declared the horse to be the most perfect form of locomotion. – Man Ray

61Taking pictures is savoring life intensely, every hundredth of a second. – Marc Riboud

62You can’t depend on your eyes when your imagination is out of focus. – Mark Twain

63With photography, I like to create fiction out of reality. I try and do this by taking society’s natural prejudice and giving this a twist. – Martin Parr

64Photograph the world as it is. Nothing’s more interesting than reality. – Mary Ellen Mark

66Buy a good pair of comfortable shoes, have a camera around your neck at all times, keep your elbows in, be patient, optimistic and don’t forget to smile. – Matt Stuart

67For me, photography has become a way of attempting to make sense of the strange world that I see around me. I don’t ever expect to achieve that understanding, but the fact that I am trying comforts me. – Mikhael Subotzky

69Quit trying to find beautiful objects to photograph. Find the ordinary objects so you can transform it by photographing it. – Morley Baer

71The true mystery of the world is the visible, not the invisible. – Oscar Wilde

72In every photographer there was a painter, a true artist, awaiting expression. – Pablo Picasso

74I want the viewers to be moved into the lives of the people that they are looking at, the visual experience is incredibly emotional. – Paul Fusco

75Skill in photography is acquired by practice and not by purchase. – Percy W. Harris

76A photograph has picked up a fact of life, and that fact will live forever. – Raghu Rai

77We are making photographs to understand what our lives mean to us. – Ralph Hattersley

78A photograph is a moment when you press the button, it will never come back. – Rene Burri

80The photograph is completely abstracted from life, yet it looks like life. That is what has always excited me about photography. – Richard Kalvar

82When people look at my pictures I want them to feel the way they do when they want to read a line of a poem twice. – Robert Frank

83There is a vast difference between taking a picture and making a photograph. – Robert Heinecken

84When I have sex with someone I forget who I am. For a minute I even forget I’m human. It’s the same thing when I’m behind a camera. I forget I exist. – Robert Mapplethorpe

85Obsessed is just a word the lazy use to describe the dedicated. – Russell Warren

86I don’t believe a person has a style. What people have is a way of photographing what is inside them. What is there comes out. – Sebastiao Salgado

87As a photographer, this is what you are after: to bring the world something new, something incredible… Here is the new way to see the world. – Stephen Alvarez

88My life is shaped by the urgent need to wander and observe, and my camera is my passport. – Steve McCurry

89The camera is an excuse to be someplace you otherwise don’t belong. It gives me both a point of connection and a point of separation. – Susan Meiselas

90All photographs are memento mori. To take a photograph is to participate in another person’s (or thing’s) mortality, vulnerability, mutability. Precisely by slicing out this moment and freezing it, all photographs testify to time’s relentless melt. – Susan Sontag

91Photography is the beauty of life, captured. – Tara Chisholm

92Street Photography is like fishing. Catching the fish is more exciting than eating it… – Thomas Leuthard

93I am forever chasing light. Light turns the ordinary into the magical. – Trent Parke

94A photograph is the pause button on life. – Ty Holland

96Photography, like alcohol, should only be allowed to those who can do without it. – Walter Sickert

97I think good dreaming is what leads to good photographs. – Wayne Miller

98Be yourself. I much prefer seeing something, even it is clumsy, that doesn’t look like somebody else’s work. – William Klein

99There is in fact something obscene and sinister about photography, a desire to imprison, to incorporate, a sexual intensity of pursuit. – William S. Burroughs

100The urge to create, the urge to photograph, comes in part from the deep desire to live with more integrity, to live more in peace with the world, and possibly to help others to do the same. – Wynn Bullock 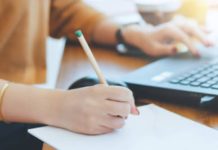 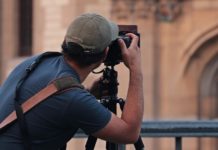 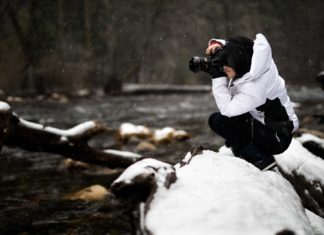 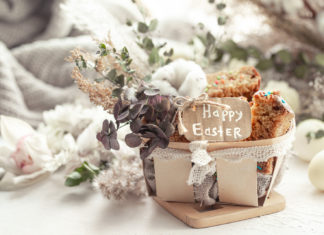 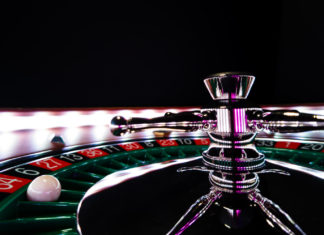