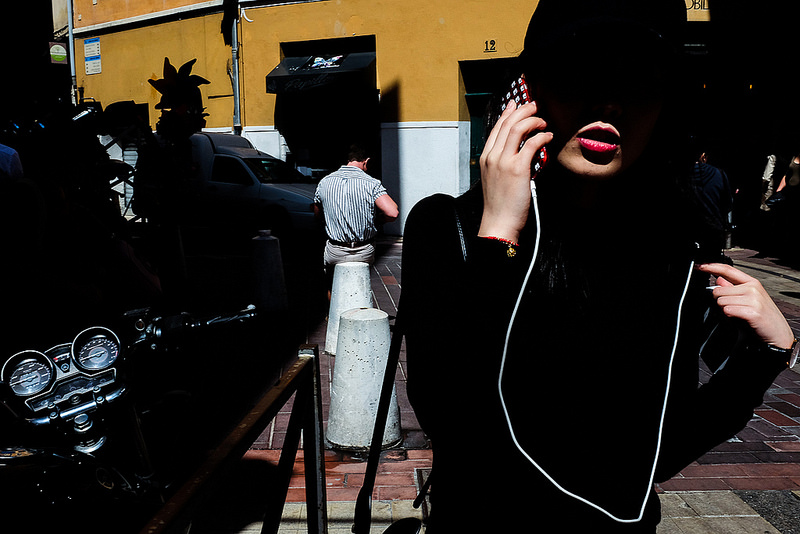 Personally, in 2017 I made the shift from exclusively shooting Black&White to preferring Color and now the majority of pictures refrain from the monochrome style. Over time, I felt that this change was necessary. Shooting every picture in Black&White didn’t seem to be just for the color palette that this world has to offer.

Shooting in Color is a whole new challenge and expands the visual dynamics by an additional layer. Not only has the subject to be interesting, the composition alright, but also the colors have to be harmonious.

The new challenges can also be new opportunities. Colors can be combined and be the main subject of the picture itself. As the prototype of this style – have a look at the image of Alex Webb. 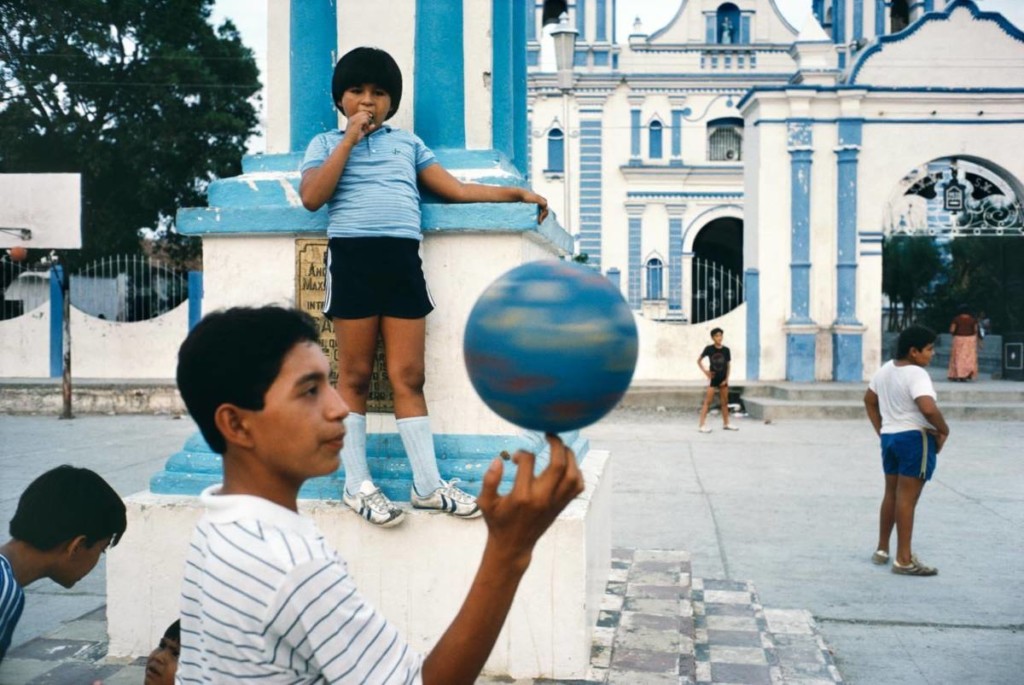 The Street Photographers of 2017

You may see some familiar names from the 2016 edition, but also a few unknown names of more “local” Street Photographers.

The style differs from using a flash, to harsh contrast or more cinematic night shots.

Let this list be an inspiration to you when you want to shoot Street Photography in Color yourself.

The Top Color Street Photographs of 2017

I think one of the highest compliments you can give someone is that their work looks like theirs; that they have their own thing. There are quite a few candid voyeurs in New York City that take really good pictures. If I could have my own thing in that ocean, that would be very cool.

I’ve been taking pictures for almost two years now. I love it, I’ve found my passion. When on the streets I really like color and contrast and I believe darkness is as important as light. The picture I’m sending you was taken around Día de Muertos. My friend, that was heartbroken, was wearing a yellow coat and just stood up right in front of that bus stop ad, I had to press the shutter.

Based in London, UK and learned everything I know about colors and compositions from a youth spent absorbing graphic design, illustration, decor and superhero comics.

About ten years ago I picked up my first digital camera and started exploring the world around me with it in hand. In the beginning, it was part of exploring Moscow, a huge and beautiful city, where I currently live, to keep memories of my walks. But soon I realized that with a camera in hand I paid more attention to details and the people around me. I was just fascinated and this fascination never left me.  I tried various genres, but my greatest fascination lies in street photography. The people of a city, town or village bring life to the place and give it a face. I like to capture them in candid moments, unnoticed.

My name Chu Viet Ha, I was born October 5, 1987, in Bac Ninh. Now I’m living in Hanoi City. I graduated from Hanoi Architectural University. I’m currently working in the communications field for a construction group and freelance photographer. Biggest passion in photography is Street photography. Because Street photography brings me is the opportunity to interact with the world outside as well as new people who come from different social classes. Though Street photography, I also understand myself and my role in society better. For me, Street photography is not only a hobby but also a big passion

I started in high school with buggy digital cameras. About six years ago I got the iPhone 5. That camera was a game changer. I practiced every day and posted online. When I got responses, I took more and more and improved through iteration. It’s kind of like exploring your own city, and the city is basically your canvas.

Daniele is a full-time project manager who loves design and experiments with photography on the side. he started documenting concerts with a film camera and delves into digital nowadays as well. as an introspective person, he uses photography as an intimate tool to remember faces and places and to express his feelings and visions. he began street photography in Japan, depicting daily life in double exposures. to him, street photography is all about feeling the city, its sounds, scents, and lights – the boundaries in between observing and living in the city. he is a co-founder of the superluna collective.

I go by f.d. walker in the photography world, but most people call me Walker in the real world. I’m from Portland, Oregon, but currently based around the world traveling on different photography projects.

“The Street is not a Studio”.
Sometimes I stand and wait for things to converge – a cyclist, a dancer, a child – moving along. They are not aware that they are moving towards a certain object, but I am. Street Photography is my favorite way of looking at the world. My camera has become an integral part of me and I cannot imagine myself without it. Everywhere I go I take it with me thinking ‘maybe today will be my lucky day and I will take the photo of my life’. Via the camera lens I am constantly looking around me, searching for that ‘decisive’ moment that will never return, unless I catch it. When pushing the button, I try to make some sense, restore order to the chaotic scheme of things in the composition.

I search for complexity, intimacy, humor, ambiguity, and mystery

Ilan was born and live in Ramat – Gan, Israel. Work as a graphic designer for the fashion industry at the last twenty years. Learn photography in Camera Obscura in Tel Aviv. I have also B.An in philosophy from The Hebrew University in Jerusalem.

Photographer from Ljubljana, Slovenia, and recently visited Durrës, Albania’s second largest city. Along the seafront, kids were playing on a statue commemorating Albanian resistance to the invasion by Mussolini’s Italian forces on 7 April 1939.

Taking photographs of candid public moments that I find to be amusing, absurd, uncanny, or visually striking. Many call this street photography. I call it my obsession. It’s the most difficult and most rewarding form of photography, and I’m deeply passionate about it.

Muhammad Imam Hasan from Bangladesh. I did my Basic and Foundation courses on photography from South Asian Media Institute (Pathshala). Also attend several photography workshops. I work as a Medical officer (Pediatric Cardiac ICU) at Dhaka Shishu Hospital. Though I am a doctor, photography is my passion.

Oliver expresses his view on the city with a poetical use of light and shadow and in elegant soothing colors. Being quite the traveler recent photographic excursions have led him to China, Vietnam, and Myanmar. Oliver has been voted as one of the 20 most influential street photographers by the Streethunters blog in 2017.

He runs the “Street Photography Berlin” group on Facebook. His work has been shown in exhibitions in Berlin, Sankt Veit an der Glan and in Bucharest.

Passionate about photos but also music, I have been playing jazz guitar for ten years. Nowadays I am a young father of a son who fills me with happiness.

Tavepong Pratoomwong is an award-winning Street photography based in Bangkok, Thailand. He exhibits his works in Asia, North America and Europe.

Tavepong Pratoomwong began his photography in University. After graduation, he and his friend followed the dream they had when they were in high school. That dream was to do a photo documentary and publish it in Thailand’s National Geographic magazine.

Yasaman Dehmiyani is an Iranian Photojournalist. She has received a Bachelor of Art in Photography and soon after involved with Iranian news industry. Her focus is more on long-term projects and documentary field.

Yasaman works have been published in various media outlets; locally and internationally. She has selected to attend the Noor-Nikon Masterclass in 2014. She also received the award of Ideas Tap and Magnum Photos documentary photography award 2015.

Observer and memory collector, one frame at a time. Based in Montpellier, France