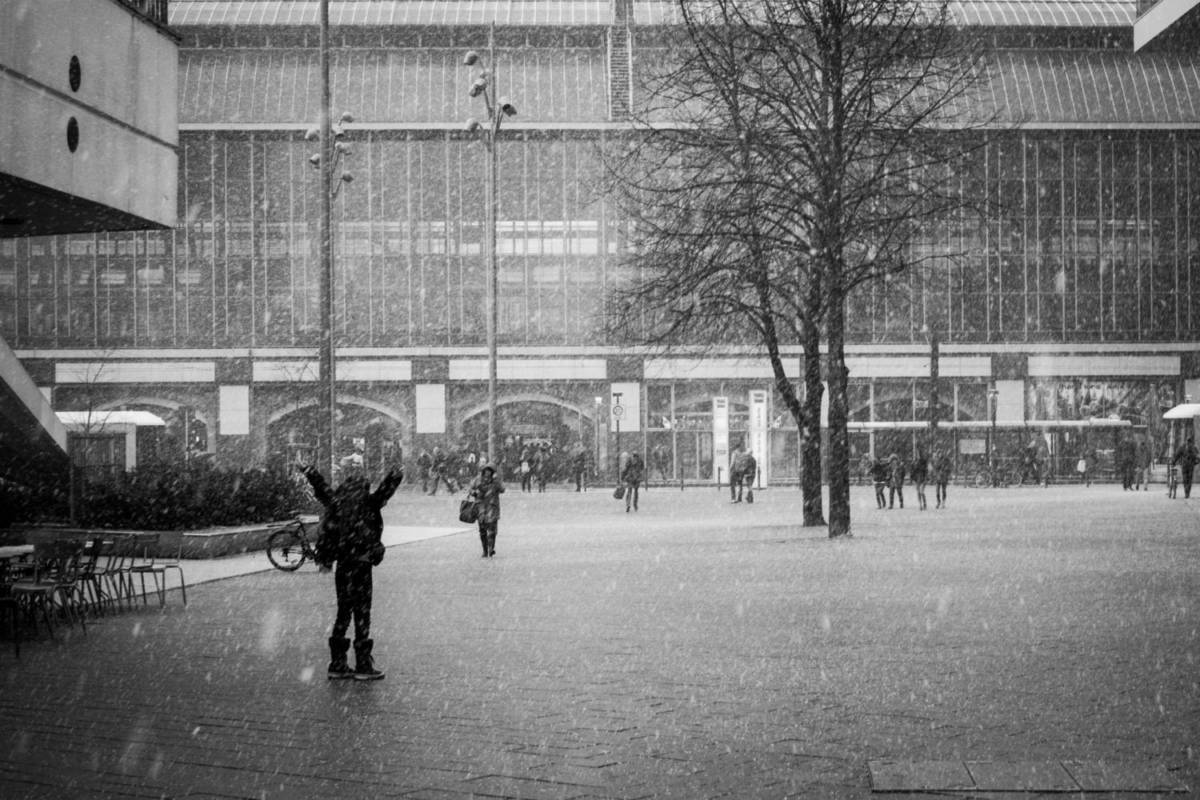 Everyone has their own story and motives why they exercise the art of photography. To some, the goal is to create beautiful pictures, to others, the journey is the reward and results are not the most important aspect. Street Photography in itself can be very unrewarding and difficult. Therefore I believe that everyone who chooses this genre of documenting the human life has a deeper meaning to express himself. In the following article, I will explain my very own story on why I pursue this way of photography.

Back in 2014, I just finished my internship at an international company for stationery and had some spare money combined with some free time. As I am always keen to learn something new I decided to invest my Amazon voucher for a cheap camera that was on sale. There wasn’t a particular reason why I picked that camera or photography in general. Quite the contrary, I didn’t really enjoy taking pictures with a compact camera before, during travels or other occasions. Maybe I saw it as a challenge to learn and master the craft of photography but had not even an idea what I should take pictures of.

So it started out the way that probably every beginner takes. I grabbed a tripod and did some long-exposures on the street during the yearly “festival of lights” in Berlin. It was a great and fun activity but something was missing. Of course, the pictures were far from perfect, comparing them with other photographs of the same location, they were honestly pretty bad. But that didn’t matter too much to me and wasn’t really a let down since taking the pictures itself was quite fun. Arranging a composition, letting the life flow through the long-exposure and being impressed how the camera captures the light, made me curious enough to try and improve my photography skills.

But something was missing and I didn’t quite know at that time what that special something was. Of course, it was fun, but it wasn’t truly fulfilling to me.

In October 2014 I had an accident that changed my view on a lot of things. I tore my patella tendon during a football match, restricting my mobility for the following six weeks and binding me on crutches until early of 2015. It was then that I realized what I missed the most – life itself.

The pictures I took until that point became irrelevant to me because they were missing the human factor. There weren’t any emotions involved – they were dead. It was then that I decided to display humanity, but wasn’t sure in what form that would be. Curious about photography, in general, I stumbled upon a Youtube Clip of Bruce Gilden showing how he photographed people on the street.

It wasn’t the pictures that left me speechless, but the way this guy was acting on the street. Dressed like he is on the way to a safari trip equipped with a simple camera and a flash, the proximity he shot the photos was insane to me. It was against everything I learned so far in life and expected him to get beat up on the scene for taking pictures this close. But the more I discovered his body of work the more I respected his way of working.

I was curious if something similar was possible in my hometown (Berlin – Germany) and if I could push myself to take pictures in public and even people I didn’t know.

When I got my DSLR in 2014 I was pretty anxious to take pictures in public in general. I wasn’t fully aware of how the Canon 1100D worked and when you walk openly with a camera people notice you and some might even get suspicious.

In early 2015 I finished some university exams and had the following spring break waiting for me. So I decided to dedicate that time to Street Photography and overcoming my fear to take pictures in public. At first, I saw it as a simple challenge, maybe even a test of courage. But the driving force was the curiosity and the reactions of people around me when I took pictures openly.

Then came the first walk where I wanted to take pictures like all the great Street Photographers on Youtube did, that just walk through the city, like they own it. Reality hit me pretty hard on that day and it was nothing like I hoped it to be. It was a rainy and cold day in February, not really the ideal setting to take a walk, but I wanted to take pictures anyway, so I grabbed my camera and drove downtown. I walked for about three hours and covered a distance of roughly 10 km. During that time I took the total number of two pictures. Yes, you read it right, two pictures, one not even containing any people and was a “test-shot” of my camera settings.

Devastated by this result I doubted myself if this is really what I wanted to do. It was nothing like what I read about Street Photography and what a joy it should be, take pictures having a chat here and there and coming home with a whole bunch of beautiful captures. I even dared myself to ask a couple of strangers to pose for me so I could take portraits of them. All three of them thankfully declined.

The following week I didn’t want to do anything concerning photography. But then slowly I felt the urge to try it again and do it better. What I experienced the previous week might just be a slip and that I have to get better in order to experience the same joy like other photographers I admired. So I chose a different location and walked for about two hours and took maybe 10 pictures. Not the greatest result, but at least I experienced some progress, I was getting closer and more comfortable in taking pictures in public. The following picture shows one of my earliest shots I ever took on the street. It was a starting point and an initial position for the following progress of my photographs. Uplifted by that day I dedicated more and more time into this hobby that has become one of my greatest passions. I was far from where I wanted to be, but I felt closer to my goal than before that walk.

The first picture that I was content with is shown here. It was taken maybe a month later than the prior. I had no knowledge of composition rules or other “measurements” of a good picture. I was just interested in the similarity between these guys and the background, that seemed to blend in very well. Still shooting with my Canon 1100D and the 18-55mm kit-lense I was also getting closer. This one is shot at 39mm and I got less anxious about shooting in the public. The previous weeks I got really positive reactions from the people I photographed and noticed that most people are pretty relaxed about it. Most fear is just in our own mind that doesn’t conform to the reality I found.

Since I was still unable to perform any sports activities, photography became a substitute. When I shot the photo above, I instantly knew that it might turn out well and was getting really excited. Shooting this keeper, was like scoring a goal in a football game. The adrenalin rush, the excitement and to see how they turn out later kept me motivated. Photography gave me the same feeling I had on the pitch which I am obsessed with for over 20 years.

It was this feeling combined with the finding how challenging Street Photography is, that I stuck with this genre. There is not really one way to master this field and everyone has to go their own path to achieve their aim. Some want to shoot really up-close and others want to create beautiful visual pictures including the human factor.

I have no idea what the future might bring for me, but I am happy that photography is a way to express myself, to let out and capture emotions, to meet other photographers and share amazing pictures all around the globe.

Exploring the urban nature and documenting human life also helps to understand your own personality. Your character is showing through the pictures you share and what you are interested in. Therefore documenting the life in public isn’t really about observing others, but finding out who we really are. Street Photography is like a deep inner monologue with myself and feels like meditating. You get in the “zone” can free up your mind and just live in the moment.

I want to follow my curiosity, to learn about myself and to improve – therefore I photograph.

What is your motivation to pursue (Street) Photography?