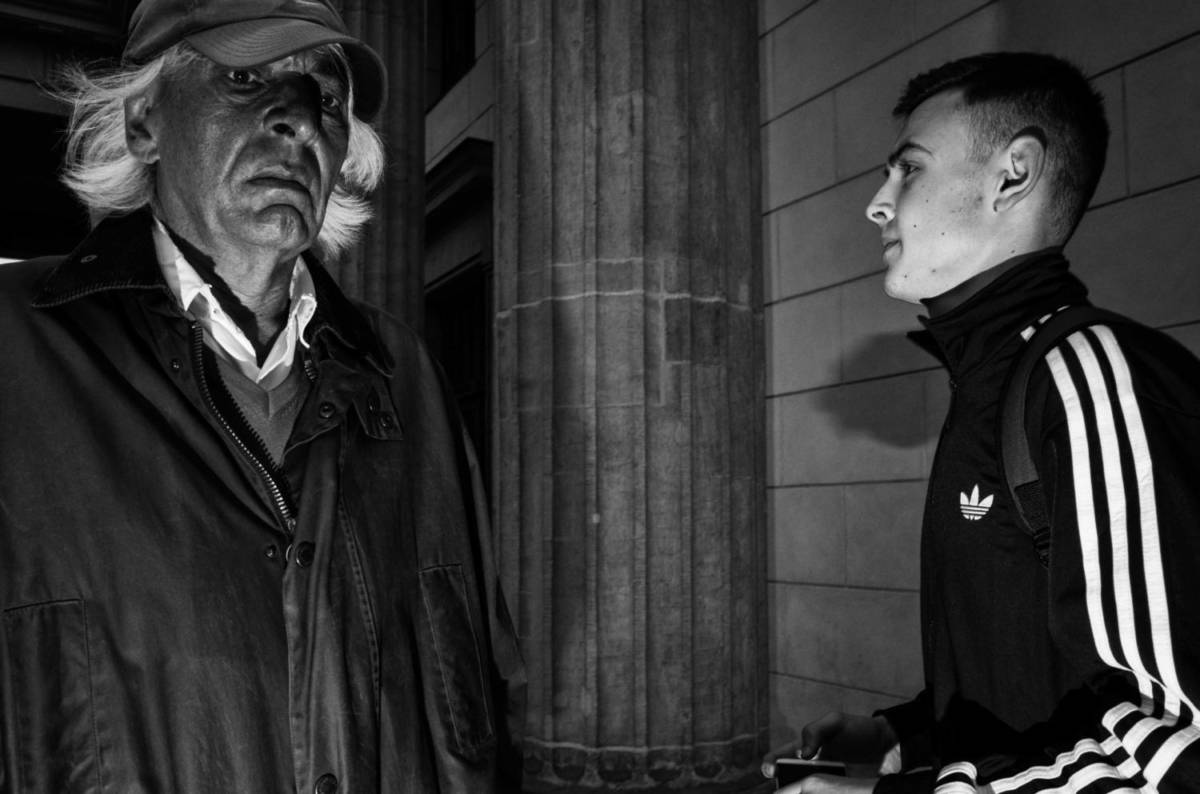 Street Photography can often be hard work instead of a fun leisure time activity. It is pretty tempting to go for the casual shot that will net you many likes and will leave an impression behind. But if your goal is to truly become a better photographer, you have to develop a unique style something that differs you from most photographers. Taking these “easy” shots won’t bring you very far and you won’t see any improvements.

The easy Way of Street Photography

We all know that you have a social character and feel compassionate with homeless persons, but that doesn’t mean that you have to photograph them from every angle possible. For bonus points you can also have them sit in front of a bank, hustling for money. Of course, these pictures tell a story of social inequality and are pretty engaging. But this story has been told over and over again, they are washed-out ideas that don’t bring anything new to the table. They might still get liked in the social media world, but that doesn’t make this an interesting picture, nor does it actually change anything about the situation of the person in need.

Often these persons don’t even have an opportunity to defend themselves against the photographer for various reasons. Either these pictures are taken hiddenly, the subject was intoxicated, or even taken from a far distance. These are qualities that I don’t want to link to Street Photography.

Other subjects include young women that are photographed with a telelens, just for the sake of being beautiful and attractive. It’s understandable that you find them visually pleasing and therefore want to share their prettiness with the world. But once again there isn’t any story behind a single’s personal portrait taken from afar. Adding a subtle text about life or some poem won’t change that. In fact, it makes it only look a lot creepier and doesn’t raise the quality of the picture. The aforementioned cheap shots don’t require much effort. They allow you to sit comfortably on a park bench or casually stroll through the city without even concentrating on finding decent pictures. If you want to get pictures that are engaging, tell a story and have an impact, that is a very inefficient way of working.

This also means that you have to overcome your fear of getting close or photographing in public. Everybody has this initial limitation that sometimes makes us miss a shot because we expected negative repercussions and let the anxiety rule ourselves.

Another challenge lies in the creative tasks. As a photography quote says:”Everything has already been photographed, just not by everybody.” According to this phrase, there aren’t any new opportunities and that basically every shot has already been taken. In my opinion, this isn’t true. There are still countless photos waiting to be taken and stories to be told. In order to get these unique shots, you have to it your own style. If you just go to a spot and take pictures like everybody else does, it might be a nice practice, but essentially you only produce duplicates. To make your own voice heard, you have to it differently, for example, get creative with the perspective. Most photos are taken at the eye-level, by crouching down or searching for raised spots you can create pictures that solely because of their point-of-view differentiate themselves from other photos.

Once again, this requires effort. You can’t just try it once and hope for the miracle to happen and getting your high-quality photo with a single snap. To develop your own style and getting unique pictures, you have to put in work consistently.

Don’t be lazy and jump on the current Street Photography bandwagons. Create your own train and attract other passengers that are interested in your unique vision of the street.