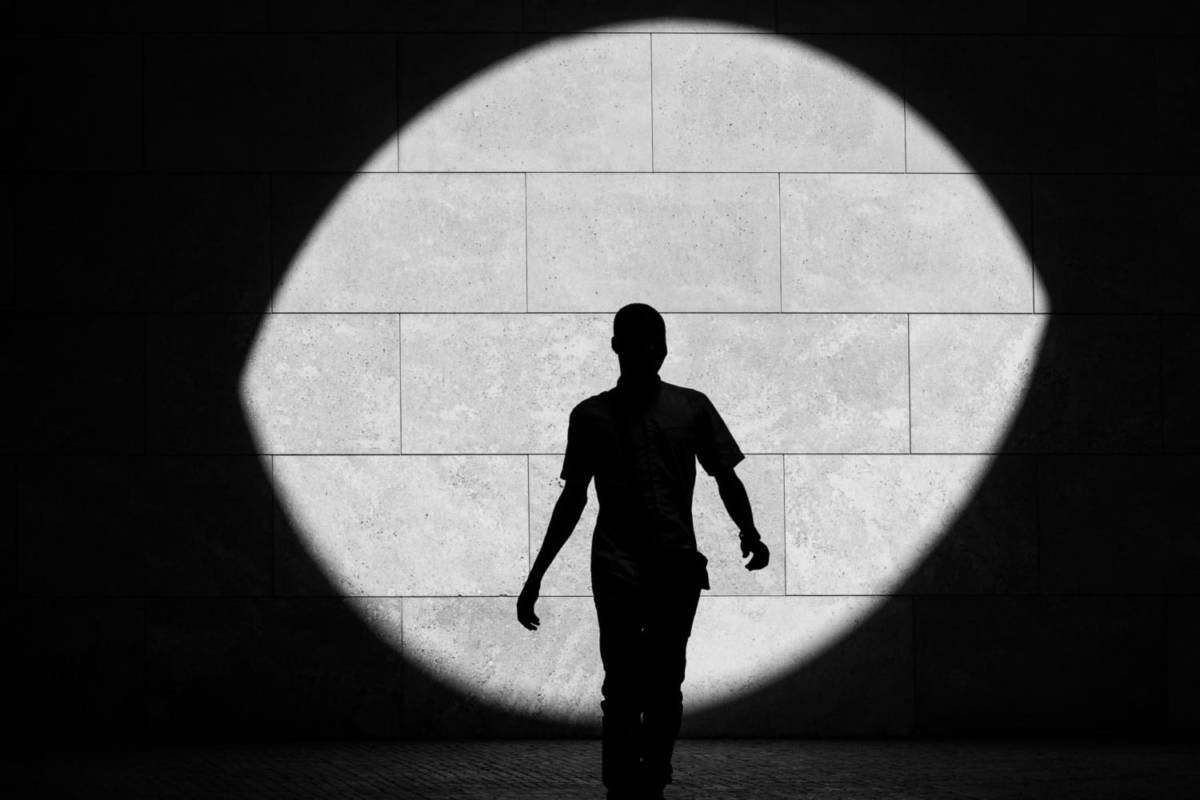 Street Photography is a snapshot discipline and although my focus is on taking the best single images I am able to, working on a continuous Street Photography Project can be advantageous in manifold ways. If you didn’t think about starting a long-term Photography project yet, here are some good reasons you should. Even if you are afraid to commit your time into a project you might struggle with, the journey is the reward and it is not really about the final result, but the experience you earn throughout this journey.

Working on a long-term series is often seen as documentary photography complemented with hefty topics that are often found in the social spectrum. As Street Photographers we are more accustomed to thinking in single pictures. We see an interesting scene on the spot, photograph it and share it with our friends that either laugh or are impressed with your work. The instant gratification makes this genre so seductive and we don’t think of a higher caption under which we post our pictures. You might have your distinct style and your friends might recognize your pictures when you post them, but each image stands on its own.

While each picture should still be the best you can get when working on a street photography project you need to think about a lot of other tasks as well.

First and foremost you should think about the direction your Photography Project should head. Ideally, you pick something that interests you from deep within and motivates you to shoot for a long time. This could either be an interesting place you want to document over a time-span of a year or even more a focused series on details. For instance, you could document pets and their owners or people with blue umbrellas while it’s raining. Whatever you choose, try to follow your own instincts and don’t feel pressured to display some deep society critical series. Documentary Photography seems to attract more heavy-hearted themes on a serious level. If you chose to go for fun elements in your series – go for it and don’t feel inferior.

In this case, the editing has to be distinguished from post-processing in Lightroom. Often these terms are used as synonyms although they express different tasks. The editing of a series involves choosing which photos to include in your final project and in which order. Telling a story is highly dependable on the editing of your series. With the arrangement, you create the arc of suspense, where your story climaxes and how fast your narrative is.

When I started working on the series I was very excited about every photo that felt like a keeper. I already had in mind where they would fit best to show their full potential and develop the story. In hindsight, most of them didn’t survive several revisions of intermediate results. During the project, you shouldn’t become too attached to your pictures and let loose if needed. After some time of maturing, you will have a clearer mind to evaluate the quality of your pictures. Erasing old images from your series, that you once thought were material for the final show is a very satisfying process. Although it seems odd to let go of your once favorites, it means that your current images are a lot stronger and fit more into your final vision.

Therefore don’t be too impatient with your editing choice. During the creation of your project I’d recommend you to exclude obvious mistakes and if it fits your workflow you might use a rating system to sort your best images.

One of the toughest decisions is when to end your series. When I did a project about my local football team there was a definite due date which was the ending of the season. As independent Street Photographers, we luckily don’t have such tight time periods where we have to come to an end with our Street Photography Project, but rather have a free choice.

What seems like a blessing could also mean that you are never quite confident enough to finish your street photography project. Odds might be that you will never be 100% satisfied and that perfectionism will lead to a lot of unfinished projects.

If you feel like you have enough material to tell the story, don’t be the only judge of your work. Include neutral experts in your editing process and ask them for advice. Try to reach out to photographers whose opinion you value highly and are able to give honest feedback. If you ask your personal friends for opinions on your project, they will either not have the needed knowledge, nor be truly honest. Trusting an expert and executing his advice while remaining your identity of the project intact, is crucial to the overall success and your satisfaction of the body of work. If you rely too much on outsider’s opinions, you won’t identify with the series anymore. Historically most Documentary Photographers formed a long-term professional relationship with an editor working together for multiple series.

More than a year ago I started working on a series about the Ku’Damm in Berlin. This street was one of the most challenging in the city when I delved into the world of Street Photography. Something about this place didn’t feel natural for me and I hesitated to take pictures for a long time. Maybe I was intimidated by the diverse audience that visits this area.

I took it as a challenge to leave my comfort zone and overcome my self-doubts. In terms of pictures, other places could’ve netted me better results, but in terms of development, this project was exactly the push in the right direction I needed. After over 80 weeks of photographing and publishing pictures of this wonderful street, I am probably farther away from finishing this series than I was before taking my first picture on this place. But this isn’t in no way a failure from my point of view. Looking back at all the pictures, I am astonished about the direction my photos are heading and never expected to undergo such a dramatic change in style. The picture above was the first picture published under the premise of a long-term project on the Ku’Damm street in Berlin. It isn’t necessarily bad, but I don’t find it particularly interesting either. The picture shows a typical scene of a store which customers looking at bags. While the image showcases one aspect of the street it doesn’t get me excited much anymore. As a viewer, you can feel the distance and shot through the window everything feels very flat and the light isn’t very flattering too. The customer is barely separated from the background and disappear in very a dark space.

My idea was to display the typical life and the photograph fulfills this requirement. From a technical point of view, the image leaves a lot to be desired and room for improvement which was my goal for the next pictures I would publish. Originally I wanted to keep a consistent style throughout the whole series and only see improvement in my photography skills.

One of the latest pictures I shot is shown beneath.

In comparison to my earlier photos, this feels much differently. It doesn’t really tell a complete story, unlike the earlier picture, instead, it encourages the viewer to make up a story himself. A businessman leaving a garage, the destination is unclear and the background is blurry as well. His facial expression is very grave and seems to pierce the viewer.

Does this picture follow my initial idea of displaying the typical life? Probably not and therefore one could argue that it doesn’t fit really in the series because of that. So is this picture waste and not used to display in context with the series? In my opinion, it is not a shame to change the look and appeal of the series if you feel more comfortable with your new design, instead of sticking with the same old pictures you are unsatisfied with. It might not be what I was looking for initially, but it is where the road leads me naturally to continue working for over a year.

Therefore I don’t see such a drastic change as a failure but as a surprise or gift that I found along the way and wanted to keep. There were also other temptations that I tried out for a few weeks, like working with very high contrast or trying to get as close as possible. These techniques were interesting at first but nothing I found worth to sustain and therefore dropped them. What started with a definite goal of finishing the series around Christmas 2015 because I didn’t felt like shooting in the winter too much, changed to a continuous stream of photos where I have no idea when to end or even if there should be a clear-cut stop. As it is right now, I feel re-inspired and as long as it is fun for me and I can see improvements or at least small changes throughout a period of time there is no need to call it a wrap.

After giving a brief overview of Street Photography Projects in general I want to introduce you to popular series by other photographers, showing that there is no idea too absurd to follow.

“The world of Thighs” – Yuria Futomomo

Japan is often seen as a very extraordinary culture and this exhibition is no exception. With over 20.000 visitors it is not only one of the strangest projects, it is also very successful.

I wouldn’t recommend shooting something similar candidly as a Street Photographer, but it goes to show that even something so specific can attract a large audience.

Golden Days Before They End – Clemens Marschall and Klaus Pichler

A project following the life in little bars in Austria.The photographer Klaus Pichler became a part of the lovely groups as they are sharing stories between some beers and games. One thing that I found to be most impressing about this idea and execution is how close he got the person’s personality. As a viewer, you are able to relive the self-proclaimed golden days. As a photographer, it is a prime example of why we should become a part of the group yourself instead of behaving like an outsider journalist. Thereby we have to invest a lot of time to produce a series that should tell the story of a small group of people and come close to them.

Typical days on the beach from the late 60s to the mid-80s. This is what photography should be all about. Capturing a moment and being able to relive these days even decades later.

Also get inspired by Gordon Parks and his creative Visions