Photography can have uncountable rules to live by. It is good to know them all and to follow them to create pictures that are eye pleasing. But often overly perfect composed pictures can lack the action and intimacy that is wanted in Street Photography.

That shouldn’t sound like I feel that all the different rules are unnecessary. Often times photographers will tell you to ignore certain rules because they wanted the picture that way. More often it is the lack of understanding, that leads to pictures that break every rule possible and are unpleasing. Just like in music, you can’t just “improvise” by randomly clicking the shutter and expect to create a masterpiece. Even open music styles like Jazz have strict rules. Within these rules, the musician is free as he pleases, but he has to know the limits first, to play by ear second.

Much like the twelve-tone technique, pictures can be arranged very strictly. This is definitely one way to create meaningful images that will be accepted by a broad audience. The following picture is an example how powerful leading lines can be. Just by following this simple rule and arranging the lines to emerge from the corners and leading to the center, the viewer has a very easy understanding what the photographer wants us to show. This makes it pleasant for our eye to follow this movement and creates a value image. As beautiful as these technical composed pictures are, they often lack the action, that really lets the spectator immerse in these pictures.

On the other hand, there are pictures that don’t employ complex compositions. They might appear as snapshots but have a fascination that is difficult to explain. One gets really engaged, because of the extraordinary motive, the perspective, or the story behind the picture.

The following picture isn’t very complicated in terms of composition. Photographer Ofir Barak puts an emphasize on filling the frame, by placing people’s back in the foreground, increasing the feeling to be really part of the scene, instead of being a distant spectator. Following the famous quote by Capa: “If your pictures aren’t good enough, you aren’t close enough”, this doesn’t mean that you have to take pictures with a longer focal length to get a more narrow frame. The essence is to create an intimate relationship between your camera and the subjects, letting the viewer immerse into the scene.

Now, what are the implications for Street Photography?

Often enough I hesitate to take a picture because I have the feeling that something might disturb the picture and that it might not be “perfect”. Maybe there is a distracting background, the lighting is not ideal, or the framing is not optimal. But does this mean I shouldn’t take the picture?

In the world of digital photos, taking a picture doesn’t come with great costs. You don’t have to spend money for new film and develop it afterward. If you don’t like the picture after reviewing it, you can still delete it without any additional cost.

Always waiting for the perfect photo opportunity, to arrive, means to miss a lot of great pictures that might turn out even better than expected. In conclusion, this means to take the images the best you can by following the compositional rules the scene allows you to.

Not every shot you take has to be a masterpiece and overcoming this mental block opens your eye for interesting stories that are worth telling and still be engaging for the viewer. 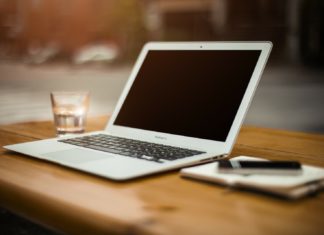