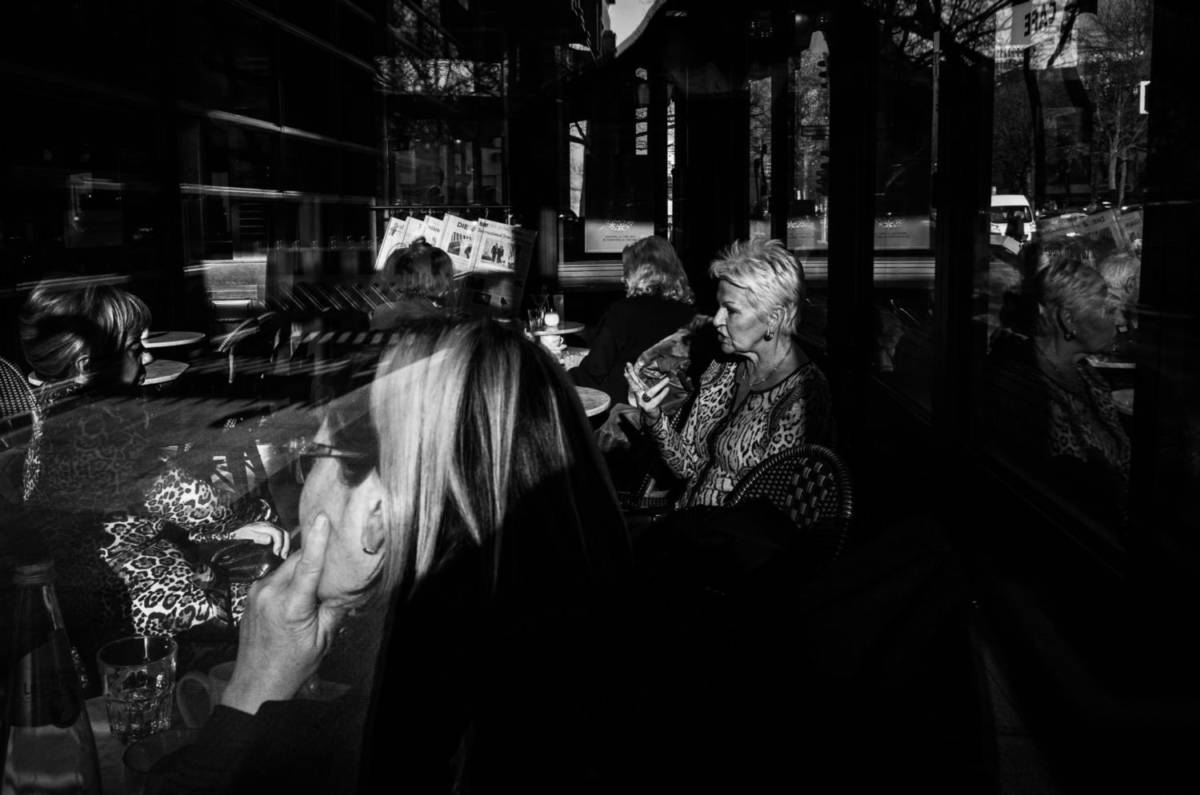 Photos are a two-dimensional reproduction of a three-dimensional reality. To maintain an interesting narrative it is essential to draw your viewer into the scene by creating different layers in photography. Having him stand far away like a silent observer can have interesting aspects, but usually, we want our viewers to be part of the story and living the moment right in the middle. Especially in Street Photography where our goal is to convey the attitude towards life of a certain time, having pictures that let the viewer relive certain moments will improve your stories that you are telling tremendously. Layering in photography is one of the most powerful tools to recreate a lifelike image, rather than an obvious flat photo.

Layering in photography is also one of the most complicated compositional tools to learn as a photographer. Therefore I will use the work of W. Eugene Smith as examples of the mastering of layers and how they make a difference. In comparison, I will present two of my own pictures. One where I am content with the layers and another on that might have a good story but looks very flat.

In general, a picture consists of a foreground, a middle ground, and a background. As a beginning photographer, I found the best way to use layers by filling every one of the three basic layers. Placing the subject in the middle ground, having something of interest in the foreground and background can be your first practice when putting an emphasize on layering in photography.

The first picture is taken from his series “Country Doctor”. We can see a rather average story of a doctor giving an injection. What is outstanding about this picture is the way Smith framed it. He was standing outside the car, but rather than focusing on the doctor and his patient alone he included the boy in the foreground and the scenery in the background. If you would try to ignore the boy in the foreground, there would be a distance created that wouldn’t draw the viewer into the picture, but makes him feel like an outsider.

The layering in the picture before is rather natural and was already present in the scene. But sometimes, we as photographers have to consciously work a scene to create the illusion of depth and layers. There is a reason why landscape photographers often place a rock in front of their sea. It is not that they are rock enthusiasts, but that this object creates a scale and helps us interpret the endlessness of the sea.

In this case, we don’t have a rock but a rather mundane candle in the foreground. When telling your story it is more important to fill the remaining layers rather than trying to add to the story on every layer possible. It might not add to the story itself, but it helps tell it and to visualize the scene. An interesting photo not only consists of an interesting story but also of an appealing narrative. This picture of mine is an example of a flat visualizing of the scene. Not only does the image consist of two layers it also doesn’t have anything to fill the void in between. This makes the subjects look disconnected from the background and an unlifelike picture. Having people in the background without distracting the viewer from the middle ground and adding something in the foreground could have helped tremendously to tell the story of the two juxtapositioned persons. For the foreground, I could have added a bypassing car or another person’s back to also create a triangle. This is an example of mine where the layering in this photograph is working. The main subject is in the middle ground with a nice gesture talking to a woman on the left. In the background are newspapers and windows to border the scene. The important aspect is that the complete depth of field is filled, making it a strong lively scene.

The layering of pictures is probably one of the most complex topics in photography. You not only have to focus on one or two subjects, but the whole frame becomes increasingly important and you need to be aware of every level that you include. Everyone can get a few snapshots every now and then, but consciously applying the tool of layering will even increase your rather average images when you feel nothing much of interest is going on around you.

Don’t try too hard, in the beginning, to only add objects that make “sense” and add to your story. Concentrate on the main subject and then try to add an object in the foreground disrupting your view. After a time, the way you see will change and you will apply those powerful tools more naturally and they won’t interrupt your flow of taking pictures. Nobody is born with the perfect photographic vision and you have to practice hard to embrace natural aesthetic in your images.