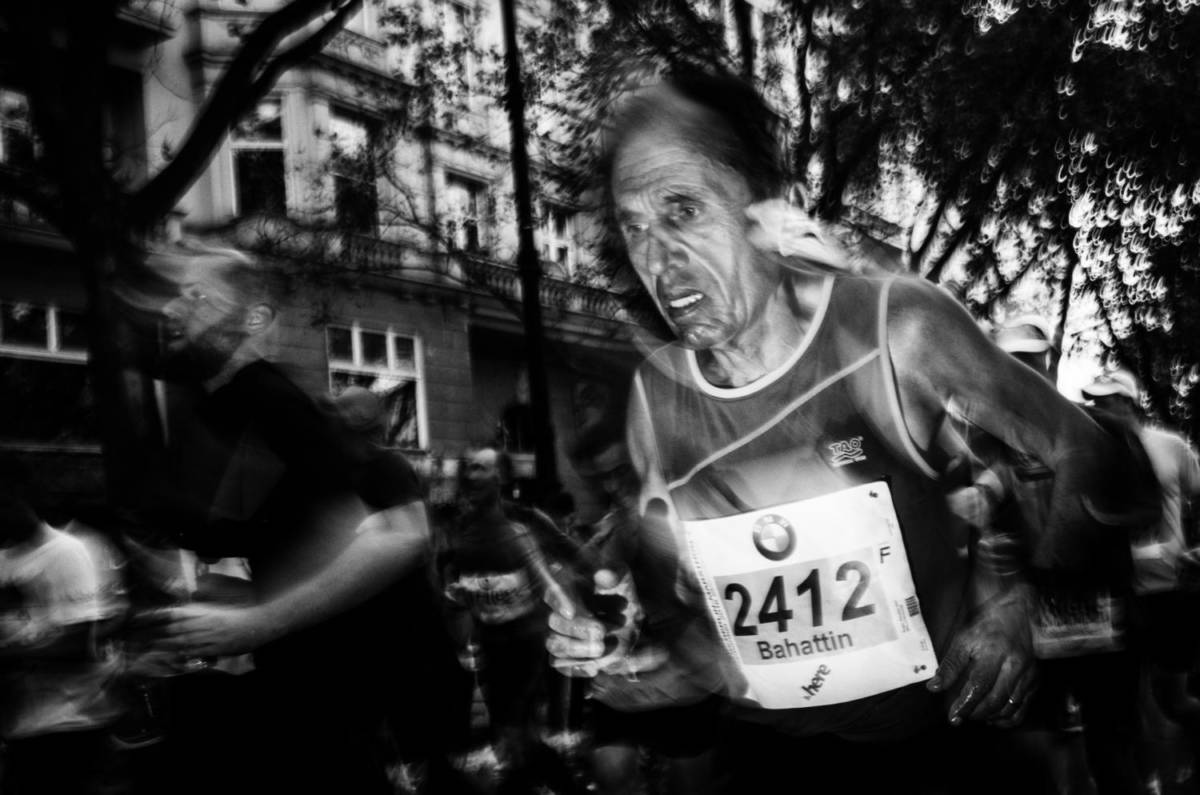 I already wrote an article about flash photography including some tips and tricks. This time I want to take it a little further and explain how to combine unusual long exposure times around 1/10s to 1/50s where the background gets a little blurry but the subject stays relatively sharp due to the short burst of the flash. The following pictures were taken at the Berlin Marathon which also leads across the Ku’damm. From the 42km the runner has to complete, the Ku’damm roughly is the 35km mark with the amateur runners being on the street for about 4 hours.

Long Exposure in Street Photography with a Flash

A marathon is one of the toughest challenges in sports. About 40.000 amateur runners face this challenge yearly at the Berlin marathon. My goal was to show the strain of runners that already put a lot of time into this run and are not too far away from the finish line. Under normal circumstances, it is very difficult to convey how exhausted these runners look while already aiming for the 42km mark. A long exposure of 1/10s without the flash might transport the movement of the whole runner’s field, but it doesn’t allow to show individuals. Every runner just becomes an unidentifiable line. This is fitting for transporting the general flow and can even net you the 1st place at a competition (Have a look), but I wanted to expose the faces and stress of individual subjects.

Using the flash allows me to focus on these subjects and creating a greater contrast between them and the general runner’s field. Combining it with the longer exposure times the flash allows me to use the best of both worlds. I am able to separate an individual runner who stays sharp, while also blurring the background and conveying the illusion of movement. First of all, I am not 100% satisfied with the results. I am familiar with using the flash on the open street which pretty much allows me to get as close as I want to. With the Berlin Marathon, it is not that easy to get up close to the subject, due to respecting the runner’s path. Especially with already having 35km in their body, the movement can become a little unpredictable. To not collide with them I have to stay away further than I’d like to ideally. This results in a few problems I wasn’t really aware of before but became pretty apparent once I was on the “field”.

Obviously, my 28mm equivalent lens isn’t really a good fit for this distance. Keep in mind that all the “professional” sports photographers at this run use tele-lenses like the 70-200mm or even longer lenses. In hindsight, something around 35mm or even 50mm would be more suitable. Therefore the pictures you see here are cropped from the base 16 Megapixels to something around 10 Megapixels, which is still ok for the web and even most print sizes, but not for the way I want to work in the first place.

The second more crucial problem from the further distance was the effect of the flash. To separate a single runner from the field I had to raise the flash power to the fullest. In comparison to the usual Street Photography where setting the flash strength to 1/4th or 1/8th is sufficient. The short series on the Berlin CSD, for example, was taken with the lowered flash and it worked fine. As a problem from the fully powered flash, it results in a longer “reload” time which leads to a long downtime of about 30 seconds in between shots. This can be very frustrating because it can lead to missed shots.

Room for Improvement of the Long Exposures A setting I never thought about before was the curtain of the flash. When working at normal exposure times the curtain doesn’t have any real influence because neither the subject nor the background are blurry and create these flash shadows. But due to longer exposure times, they become very apparent. Having the flash fire at the first curtain that it will light the scene at the start of the 1/25s, while the second curtain fires at the end of the exposure. Movement is normally visualized with trails behind the direction and not in front. Utilising the 2nd curtain could have better created this visual effect instead of the 1st that the photo above was taken with. Even with a flash, there is a certain threshold for the exposure time. At 1/10s even the subject can become somewhat blurry creating an almost “ghost” effect. Not going below 1/25s would prevent this issue. With 40.000 runners the pictures often are “cluttered” with too many runners in the background. The flash isn’t strong enough to increase the contrast enough to fully concentrate on the foreground. For the next time, I am looking to photograph the professionals run with a much-dispersed field allowing me to shoot fewer runners at a time and giving me more opportunities for the composition in photography.

All in all, it was still a great learning experience in photography and I will definitely look forward to expanding on this idea and style of photography with future sports events. 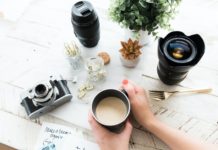 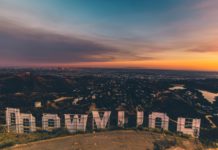 The 10 Best Destinations for People Who Love to Game 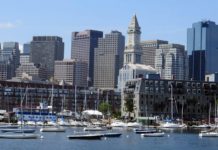 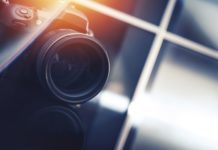 How to Get Started and Succeed in Photography 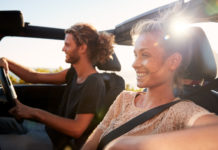 How to Stay Entertained on a Long Road Trip 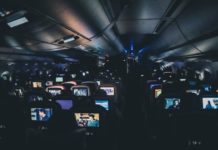 How to Survive a Long Plane Ride 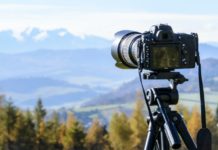 Photography: Which niche is right for you? 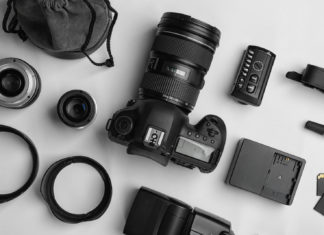 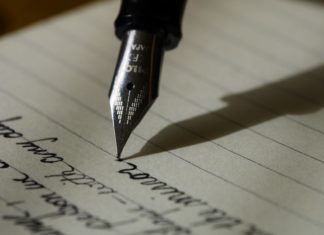 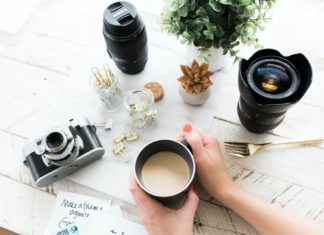