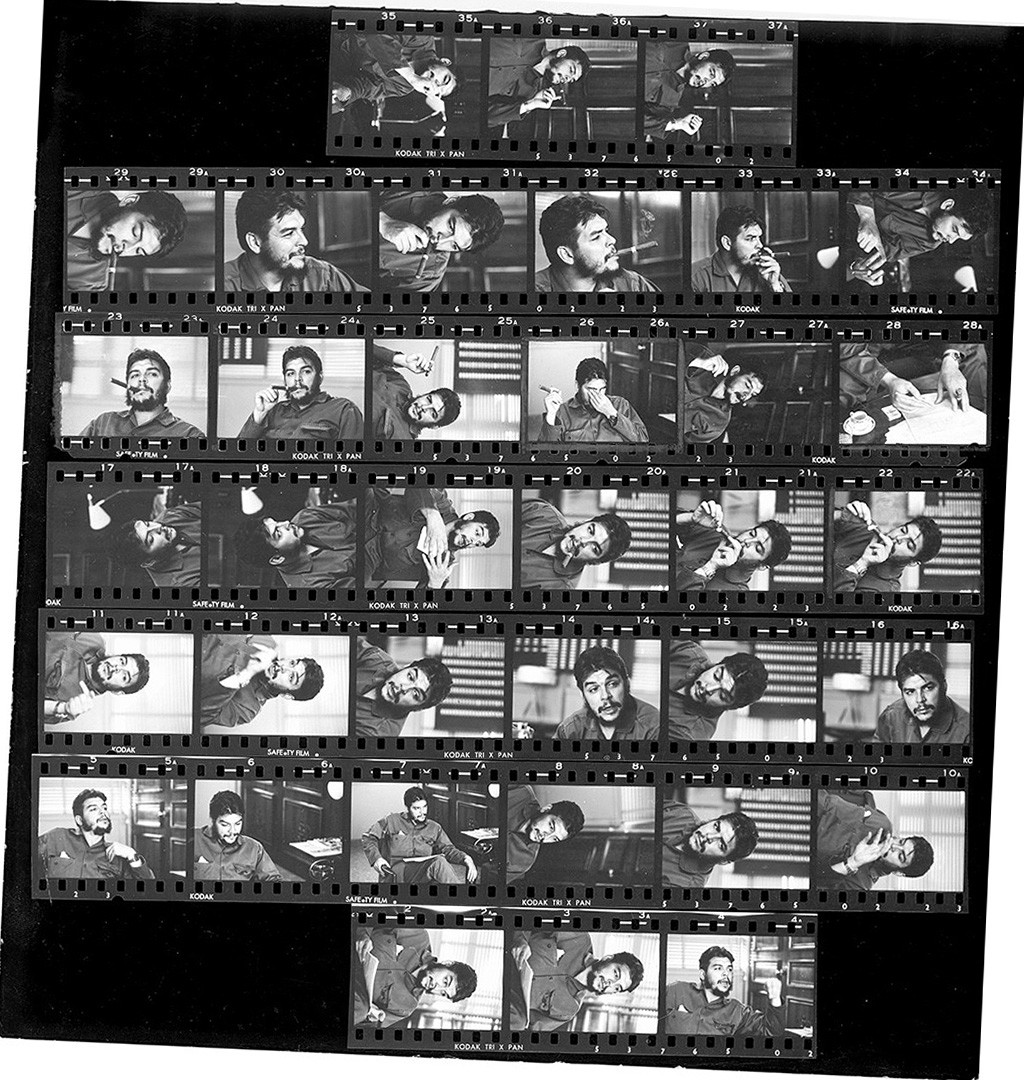 To follow-up on the brilliant Gordon Parks exhibition, there is another aspect besides the person himself that is awesome as a photographer. In addition to his final pictures, stories, and movies there are also a fair amount of contact sheets shown. I value them as one of the best tools to really reenact the thoughts that go into the final image. They offer an honest uncropped view behind the scenes.

Contact sheets stem from a time when analog photography was still the norm. They describe the film negatives and as a whole film, they present a sequence of negatives. The contact sheet is usually unaltered and presents a pure view of the photos. As such they are comparable to today’s RAW data. Although we are able to sort out real bummers on the fly while taking pictures and each camera already has its own preset. So contact sheets don’t really exist in the digital world but nonetheless seeing the RAW files and especially the sequence of pictures can still offer an insight into the workflow of a photographer.

Most often you will also see red marks or notes on the contact sheets. They are often annotations for the editor of the newspaper/magazine etc. and sometimes show how the final result will be cropped.

The takeaway of the Contact Sheet by Diane Arbus

There are three things I am looking for in a contact sheet. The raw setting – because in post-processing the contrast is often increased, the crop if the frame has been changed and the sequence of the scene.

Personally, I like to put an emphasis on light and shadows in naturally high contrast scenes. When I started out it was very difficult for me to recreate pictures of my idols. I had no idea after which light I have to look for or what scenes might be suitable in general. After working with fellow photographers – to some extent be able to see the raw files in the camera and compare them to the final result – it became much more easy for me to create such a “style” of pictures on my own. If you don’t have photographers near you that you could search for appropriate contact sheets of your favorite photos, although they are very hard to obtain and only a few are willing to reveal their cards.

The second important aspect is the cropping of images. Cropping is kind of frowned upon to some extent. Nobody is willing to admit the excessive trimming of their raw files, but if you have a look at the old masters, they even went so far and cropped easily an area over 50% of the film negative. Not only is this some interesting point, but also the thought process that goes into the new frame. Sometimes it is obvious to cut out distracting details on the side but sometimes it is more the weighting of certain elements in the picture. For example in one of Gordon Parks pictures he displayed a street fight between two boys from far away including the backs of two spectators. In the final result, he decided to only focus on the two boys that were fighting and excluding the two spectators. Although I found that the scene as it was looked already fine, he probably felt that the distance was too much of a problem and there was too much negative space without any interesting detail.

The sequence reveals how the photographer “worked” the scene. From an outsider’s perspective, it is easier to understand where the photographer wanted to put the emphasize just from studying the sequence. Often one enters the scene and gradually has to change the perspective, framing, and distance. These different steps show the creative vision and sometimes how a photographer works to capture the “decisive moment”. In the end, it is easier to understand that the decisive moment is not a random lucky shot, but simply the best result of a lot of hard and persistent work towards one scene.

Non surprisingly you can find contact sheets from Gordon Parks at his current exhibition at the CO Berlin. Furthermore, extended series from his works for the LIFE magazine has been published. For example in his book “The making of an Argument”.

Magnum published a book dedicated only to contact sheets of their most famous shots from their archives. Wisely the book is called “Magnum Contact Sheets”.

The following example shows an excerpt of the content of the aforementioned “Magnum Contact Sheets”: Foam Fotografiemuseum Amsterdam. In addition to their physical exhibition museums allow an insight into their archives and sometimes they include contact sheets.