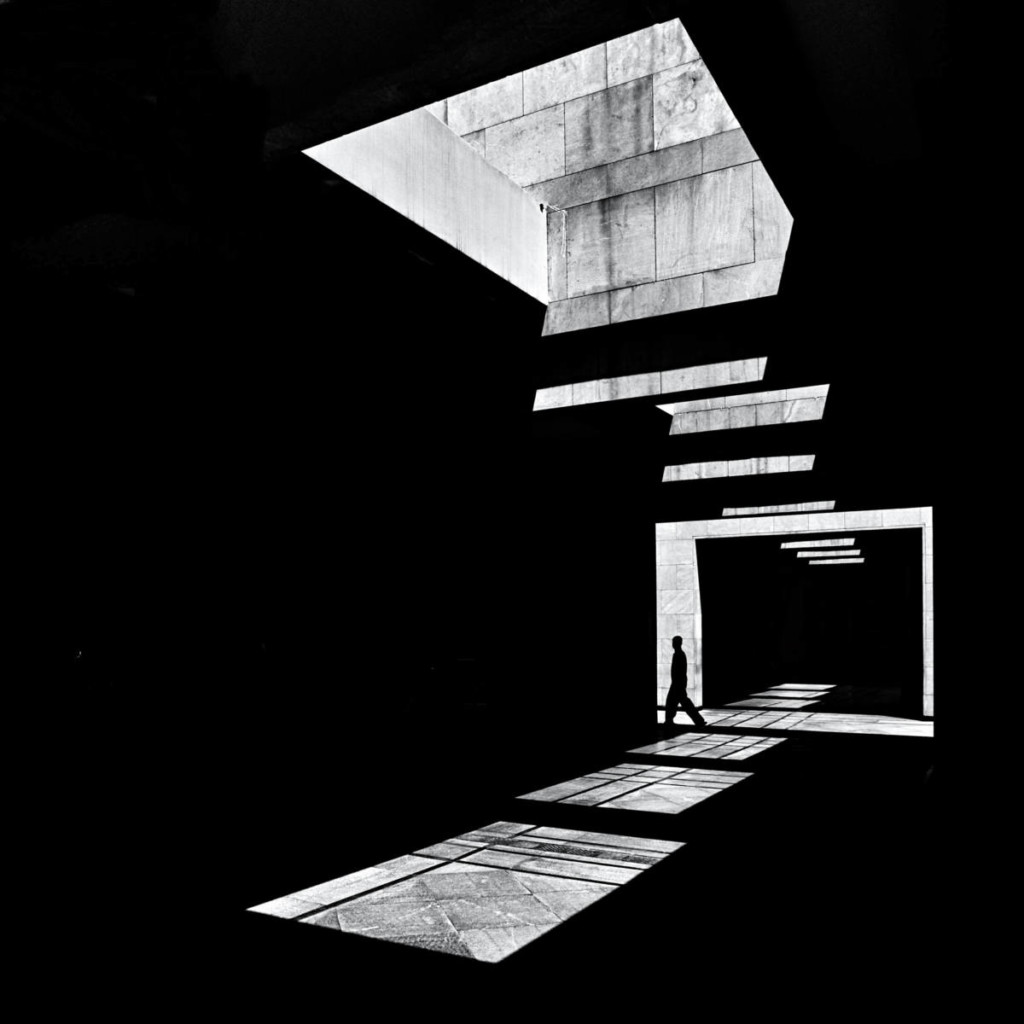 Negative Space in Photography having a Positive Impact

Some compositional elements are well known like the rule of thirds, while others are rarely talked about. Embracing negative space in Street Photography is a method to clean up the image and turn the attention fully on the subject. Negative space in photography can be an interesting way to compose Your images.

Normally we try to fill the frame with details that support our story. The frame should be so narrow, that you can’t any closer without removing objects that are important for the image.

Negative space in photography now is a little different. Instead of filling our frame to its maximum, we consciously add “blank” space to the image. This might sound counter-intuitive at first, but it is a great technique in Street Photography to put an order in your image.

General speaking, negative space in photography can be anything from shadows, blank walls to dark alleys or overly bright areas.

Like anything, you can get creative and use whatever you deem to be fit to extend the area of the image.

Leading the eye through Negative Space in Photography

As Street Photographers we often face the problem that our images are either too cluttered or that we have to get so close, that not enough environment is in the image to tell a story.

Getting close is one of the most important advice, but it is not the solution to every problem. It can help to remove distracting objects, but it can also lead to very uninteresting close-ups.

Sometimes a subject just needs a little room to expand to improve the appeal of the image. Negative space in photography can help to provide this room, but also to put an emphasize on the subject.

You can combine negative space with leading lines to put the focus even more towards your subject.

As you can already see in this first example, the negative space doesn’t really provide any additional information. But it makes for a great shadow play, which creates a unique atmosphere.

Additionally, the lines lead to the subject in the center. Without the high contrast, the person walking through the center of the image might be barely noticeable. Taking away the information in the shadows lets us see the subject more clearly. Since there probably weren’t many details anyway, embracing the negative space in photography doesn’t take away any important information, but reduces the image to its needed details.

Although there isn’t much to see, due to the intelligent shadow play, the image doesn’t feel empty.

Storytelling in Photography through Negative Space

Negative Space might only be empty space to some, but it can also help to develop a story.

The following image is an example of a closed story. You can clearly see all the action that is in the image. There isn’t anything outside the image that might be relevant to the story. Nonetheless, the “negative” space of the snow and the water adds to the overall juxtaposition in Photography.

Without the added space around the person feeding the birds, the image wouldn’t be that powerful. As you can see, the negative space doesn’t introduce anything new to the picture, but it plays an important part in the story of the image. With a much more closer crop, it might just be another person feeding swans. Thanks to the negative space, it becomes a whole new story of contrasts.

Negative Space can also work on “open” stories. Stories that have a lot of elements hidden and not shown. Thus encouraging the imagination of the viewer.

The image above shows very little of the subject. Her face is hidden and it is not clear where she is heading. Surrounded by the shadows there is a lot of speculation possible, which is up to the viewer to find a sense in this image.

The negative space in this image adds to the overall atmosphere of the scene. It makes the subject less dominant and more vulnerable. Moreover, the additional space adds diagonal and triangle elements to the composition.

With a much narrower crop, the image would lose a lot of its significance. The context of the subject is less clear in relation to its environment. 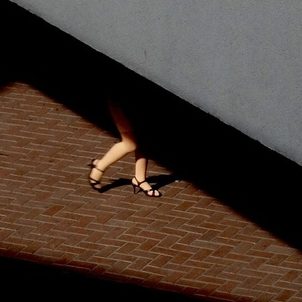 In that sense, the negative space isn’t only a filled plane that gives the subject a little more breathing room. It can be an important part of the composition to include visual cues and if left out the picture suffers to a great extent.

Now I want to show some examples of Street Photography that embrace the negative space. You probably already naturally used it when shooting silhouettes, but there are many ways to create negative space in your Street images.

One of them is using a scene of high contrasts and underexposing the scene, to a point where the dark space isn’t offering any distracting details anymore.

As in this beautiful example of Martin Waltz, he leads the full attention to the bride and her wedding guests. Normally you would expect the background to be distracting, while the photo is taken out on the street.

In this case, Martin Waltz profits from the natural light only appearing on the upper half of the subjects, while the rest of the image is blocked from the light.

Increasing the contrast in post-processing can add to this effect, although you shouldn’t basically create this kind of image using post-production. Finding a suitable location and light for such an image is the most important part, Lightroom should only enhance this appeal. 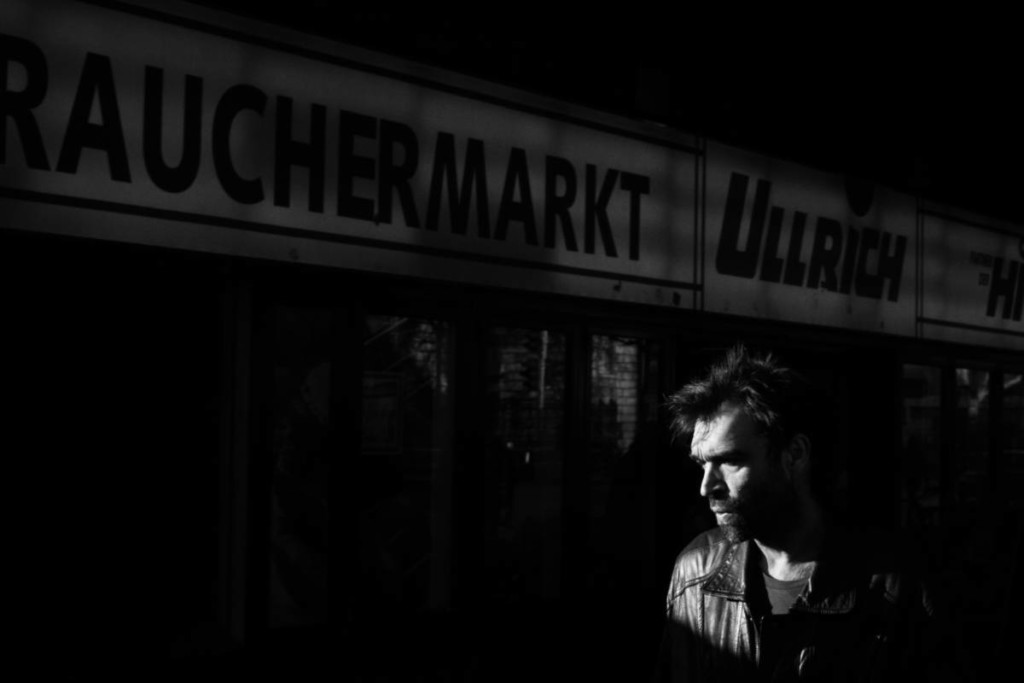 In the image above, you can see the light directly hitting the person from the front. As we were on the edge under a bridge, the light was very selective. The sun works as a spotlight, in this case, only focusing on what we want to show.

Much like the high contrast scenes, integrating shadows can create a story that leaves much to the imagination of the viewer.

Although the effect is very much the same, the approach is a little different. While in scenes of high contrast I work with the negative space first and insert the subject, shadows work the opposite. Here we already have a filled frame, where we search for the right angle to blank out certain areas.

The image looks perfectly fine at first, but then you notice that we can’t really tell what kind of person this is. Only being able to identify the umbrella, the subject is very selectively hidden in the void. The negative space doesn’t clean up the frame or leads the eye of the viewer, but it opens up the story, much like leaving a few blank pages in a book. 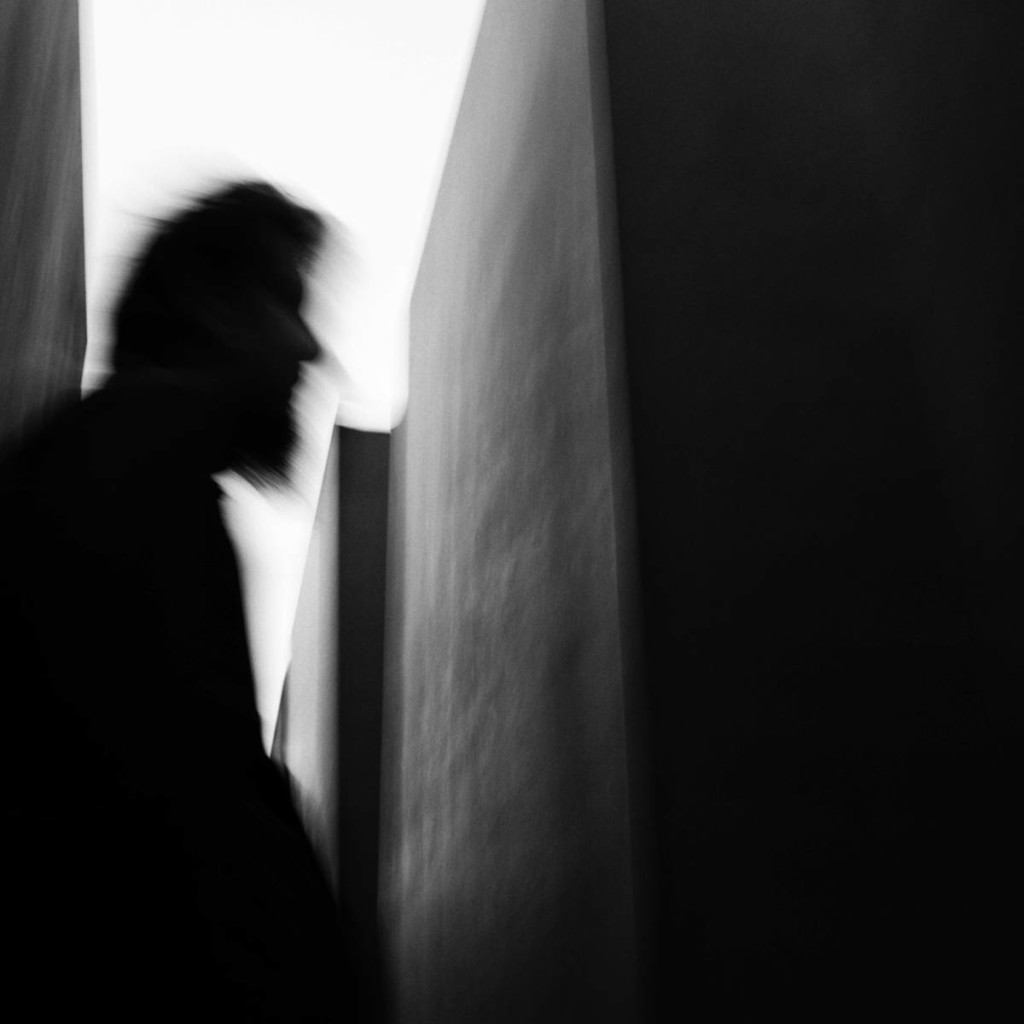 Looking for silhouettes is a great opportunity to also integrate negative space in your street images. With a light source behind the subject, all of the surrounding, facing your direction will be underexposed also.

Important for this style is, that the negative space doesn’t merge too much. The outline of certain features should still be visible. In this case, I was focusing on cutting out the head, so that the face will be still somewhat noticeable.

Most of the examples before made use of very strong light to create a negative space. Light is probably the most convenient way to create this effect, but you can also use pattern in your composition to create a more space around your subject.

Naturally, crossings are a great opportunity to emphasize the space around the subject. Keep the frame clear of any distractions and pattern can help to create a very melancholic mood.

At least for me, those pictures feel like a still from a dystopian science-fiction movie.

There is a lot of preach going on, to get as close as possible. I also recommend this approach, but you shouldn’t follow it mindlessly.

Zooming out to give the subject and its story more room to develop will make a photograph more interesting if the surrounding creates a negative space.

Try different crops during the post-processing and see if a closer crop impacts the image positively, or if a wide-open shot suits your taste better.

The next time you are on the street, play with this theme, look for areas that don’t reveal everything, add pattern to your composition and inspire the imagination of your viewer. 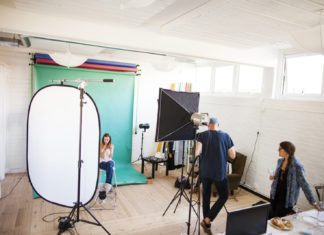 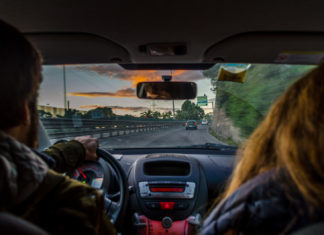 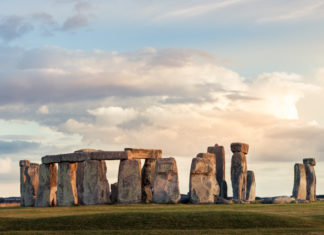