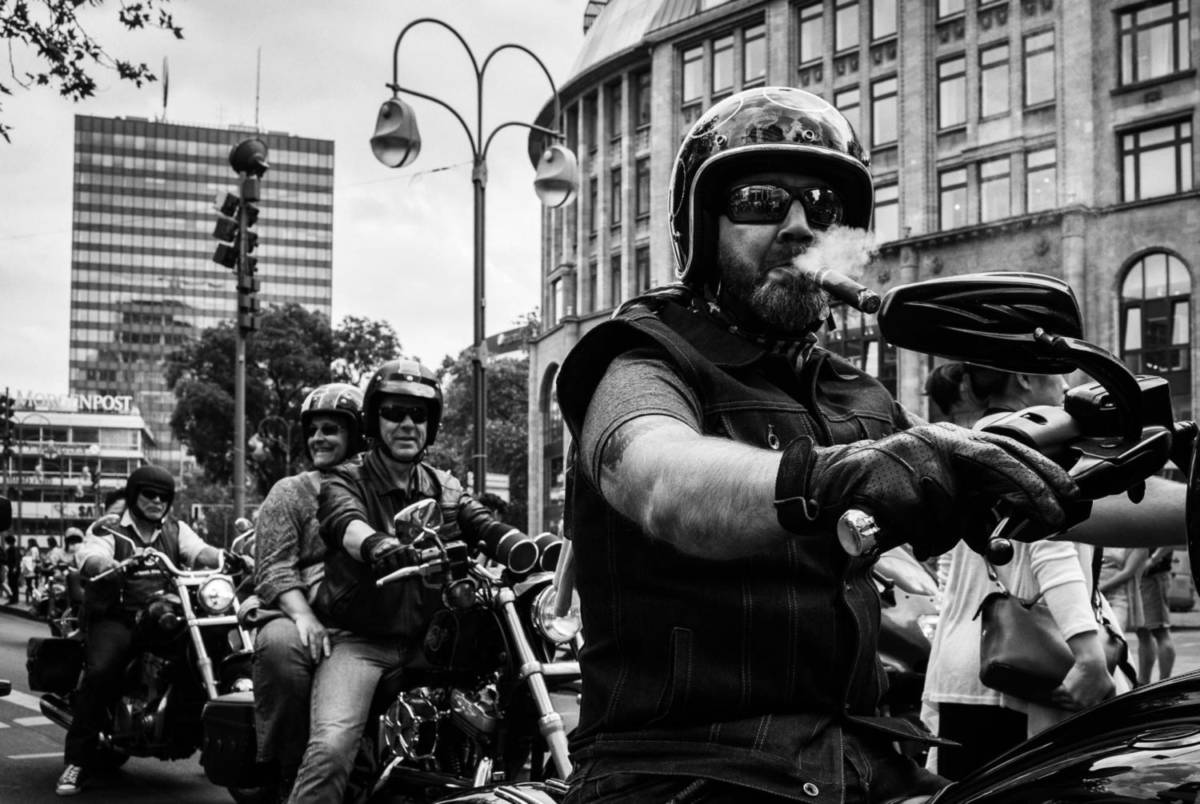 In The comedian with a camera, I started by describing how, as photographers, our goal is to convey a story to our audience and that we want to entertain our viewers. Photography is often seen as an art form and as part of this description, it is seen as a highly subjective form of expression. I don’t agree with this statement and believe that there are objective criteria to rate a picture.

This category is unique in Street Photography in the case that there aren’t any “established facts” like in portraiture or landscape photography. The most important aspect is to understand your gear to create the pictures the way you imagine them. This includes the exposure, focus, and sharpness.

The exposure should reveal your general setting. Your main subjects should be well lit and nothing of importance should be blown out with too bright highlights or suffer in the shadows.

By working with a more shallow depth of field you can shift the influence of your main subjects. Be aware that the focus should at least be on one of the main subjects, otherwise you will confuse the viewer by putting people in focus that don’t play the main role in your story.

Sharpness is a combination of shutter speed and subject movement. In general, you don’t want your handshaking to blur the photo by using a too slow shutter speed. Contrary, you can work with a relatively slow shutter speed and a blurry subject to indicate a higher dynamic and create the illusion of movement. Likewise the exposure and focus, there should be at least some area of complete sharpness to let the viewer built up a logical story. There is a common misconception that the compositional rules are some sort of “invention” established by elitist artists to create some artificial complexity. Truth is, that these rules are not an invention, but a discovery that helps to understand why some pictures are more aesthetical pleasing than others. This is also the part where the craft of photography comes into play. Often enough, people dismiss their own compositional errors by justifying that the picture turned out exactly the way they wanted it to be.

As a matter of fact, if you break every compositional rule possible your Street photo will look like some random mess. Yes, rules are meant to be broken, but first, you need to know how to apply them properly and even then your picture needs a solid foundation. Without this solid compositional basis, your picture will most likely look unaesthetic.

You can not hit random keys on the piano and expect to create a beautiful symphony, just like you can not hit the shutter button and hope to capture a masterpiece.

The rule of thirds, leading lines and triangles are examples for a solid fundament for your pictures. Ignoring all of these compositional elements almost always leads to worse results. That said, we need to have realistic outlooks in Street Photography. Unlike other genres, we don’t have the time to thoroughly think about composition and arrange our photos precisely.  This process has to happen almost instantly and is based more on instinct than conscious decisions.

This means that obvious mistakes are often revealed in the editing process when reviewing the taken photos. Often I see situations where I am unhappy with the angle, point of view or the distance. When there are obvious improvements possible, that are objective mistakes. These mistakes are not an expression of an “art form”, they are manual failures that are fixable with a lot of work and passion. My understanding as a Street Photographer is not to arrange perfect, flawless compositions, but to do it as best as the situation allows it to be.

An excellent picture is free of these obvious failures and additionally includes some of the compositional elements mentioned before. Unlike the composition, these two topics can be more subjectively judged, but some points remain the same. An excellent story in a picture doesn’t mean that every viewer imagines the same narrative or experiences the same emotions in photography. But as Street Photographers we should have some idea in mind what element could invoke the viewer’s fantasy. Without some strong elements that provoke emotions and without anything in mind while taking the picture, it will be difficult for the viewer to life through the emotions that the photographer had while taking the picture himself.

A random shot in the wild of a big crowd is less likely to tell a strong story than an image that clearly has a focus that could lead to an interesting story. The story should have some starting point, but leave enough room for interpretation. An open story lets the viewer make up his own ending without dictating how he should interpret it. An excellent picture guides the observer, but also gives him freedom, it reveals part of the story without spoiling the ending and thus includes the viewer.